Rugged, brave and adventurous, there is no denying cowboys are just about as cool as you can get.

And if you fancy a baby name with a little nod to the Wild Wild West, we have dug up some of the absolute best cowboy names there are.

OK, we are slightly obsessed now with this cool moniker! Reference: Tex Allen from the 1939 Western “The Man from Texas."

As in the famous outlaw, Jesse James.

How cool would your kid be if he had a name like Clint?! 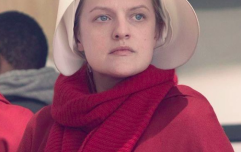 END_OF_DOCUMENT_TOKEN_TO_BE_REPLACED

Harry, a nickname for Henry, is shared by legends like Harry McDonacle from the 1997 film “Dead Man’s Gun.”

Sam was the main character in the Western movie "The Stalking Moon."

With a name meaning “desire,” “helmet,” “protection” and “will,” the name William was shared by legendary cowboys like William H. Bonney, also known as "Billy the Kid," from the 1988 film “Young Guns.”

Billy is a shortened form of the above "William",  and also the name of the main character in the Western movie “Gun Belt.”

Jack is already a very popular boy name on our shores, but it gets even cooler when you realize it has some serious cowboy credentials. Jack was the name of the main character in the 1970s film "Hardcase."

Gene is the short form of Eugene, and also the name of one of the main characters in “Sunset in Wyoming.”

For more great baby names inspiration, make sure you are also following us over on Pinterest.


popular
Six stillbirths linked to Covid-19 in Irish hospitals
Lidl's hanging egg chair is coming back to stores this month
Princess Charlotte doesn't have to bow to the Queen but Prince George does - here's why
Looking for pain relief for you and your children? We've got just the answer
A regal twist: 12 adorable baby names with a royal stamp of approval
Sexy-time: 7 recipes to spice things up in the bedroom (Doctor's orders)
Waking up tired? The 5 houseplants that can help you get a better night's sleep
You may also like
2 days ago
A regal twist: 12 adorable baby names with a royal stamp of approval
2 days ago
Written in the stars: 12 head-strong names ideal for a little Taurus baby
2 days ago
Pregnant woman says her friend is annoyed at her for 'stealing' her daughter's name
3 days ago
13 adorable baby names we are totally stealing from the Dutch (and you'll want to too)
3 days ago
Apparently, these are the worst baby names 'of all time' according to people
4 days ago
11 under-the-radar (but tres adorable) French baby names you need to know about
Next Page