Looking for some inspiration?

For pending parents waiting until that very first birthday (the excitement!) to find out if they’re bringing a little girl or baby boy into this world, the unisex is a life-saver; sure you're prepared no matter what pops out!

There are many names that can work equally well for both sexes, and here is our very own little Top 10, just to get your imagination working!

Rowan has Gaelic roots (a home-grown winner, in other words) and means “little red-haired one.” But it’s definitely cute enough to use for children with any/all colors of hair.

If you’re a Glee fan, you probably already know this name from the character Quinn Fabray, but it can also be a fun variation of the name Quincy for a boy. Cuuute! 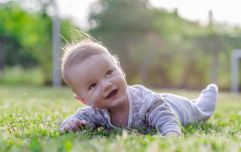 11 beautiful vintage baby names that deserve to make a comeback

END_OF_DOCUMENT_TOKEN_TO_BE_REPLACED

Pronounced “Ky,” this Hawaiian name means “ocean,” so if you want to bring a bit of nature into your baby’s life, this is a beautiful choice. (It's got some celebrity links too, with Donald Trump’s granddaughter carrying the name Kai Madison, which is just flipppin' adorable if you ask us!)

The name Sawyer translates to “woodcutter” and has English origins, and it has rocketed to popularity as a girl’s name. And if you use if for boys; who can forget HOT Sawyer from Lost?!

Charlie is a pet form of Charles or Charlotte, so it’s perfect for boys or girls. Rebecca Romijn and her husband Jerry O’Connell named their twin girls Charlie and Dolly. We can't even with the cuteness of it all.

Until Kimye picked it for their own little love-bug, North was mostly a male name. But now (shocker!) it is also SKYROCKETING in popularity as a girl’s name. 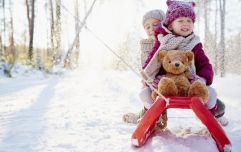 END_OF_DOCUMENT_TOKEN_TO_BE_REPLACED

This moniker used to be a royal Scottish name for boys, but all kinds of variations like Finn and Finnlay are also now becoming popular girls’ names. And why not? We are LOVING this particular unisex name!

Ryan Reynolds and his actress wife Blake Lively (who herself knows what a unisex name feels like!) opted for this classic moniker for their baby girl. We predict there will be many more baby girls called James in years to come!

Like a lot of trending names, Avery took the historical path of surname to male name to female name, but still remains a popular choice for boys as well. Love, love, love.

Would YOU consider a unisex name for your baby? Why/why not? Have you heard of other beautiful unisex names? Share your thoughts with us on Twitter @HerFamilydotie.


popular
The Christmas movies TV channel is launching this week
The must-have decor buy for your baby's nursery is back in stock – and it's only €28
11 beautiful vintage baby names that deserve to make a comeback
The new app that will refresh your Irish skills – and can even help kids learn it quicker too
Struggling to get your tween to talk to you? Here is something that might help
These 5 Foods Could Increase Your Chances of Having Twins
WATCH: Netflix is bringing out a documentary on the Watts family murder
You may also like
3 days ago
10 baby names that are predicted to be VERY popular in 2021 – and the reason why
4 days ago
Oldie, but goodie: 10 vintage boy names no-one else has discovered yet
5 days ago
Here are the 10 most popular Irish baby names OUTSIDE of Ireland
5 days ago
Because everything will get better: 10 beautiful baby names that all symbolise 'hope'
1 week ago
10 baby names that prove slightly nerdy is actually pretty cool
1 week ago
20 seriously posh baby names for when one is expecting
Next Page