Or, just a fan of planning ahead until a time when you might be?

Either way; we are certain you love a good baby name list as much as we do. So if you are on the hunt for a seriously pretty and slightly bohemian name for your bundle, whether imminent or in the future, we think you will like these ones:

The Princess of Boho chic (circa 2004), Sienna Miller, gave her daughter this name, and so naturally we love it too.

Actually a Biblical name, Ezra has suddenly enjoyed a renewed boost in popularity – and it is easy to see why.

Short and sweet, this Hebrew name actually means 'night.' Also, it is worth mentioning that it is the name that Queen of Cool, Kate Moss, bestowed upon her own daughter. 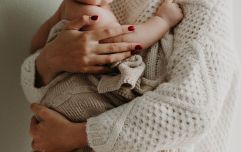 END_OF_DOCUMENT_TOKEN_TO_BE_REPLACED

Sonny is such a summery and lovely name to pick for your little guy – no wonder former reality star and fashion designer Whitney Port recently chose it for her firstborn son.

Pronounced Kah-ly-ah-pee (same ending as Penelope, if that helps), Calliope was the Greek muse of epic/heroic poetry. And also, the musical instrument on the merry-go-round. Apart from that, we think it is one amazing-sounding name for a little girl.

Originally a Biblical name (Asher was one of Jacob’s 12 sons), this moniker has suddenly seen a jump in popularity in the US and is said to mean 'fortunate, blesed and happy' – all good things to have people associate with your child, we think. Also, we love how it can be shortened to 'Ash' – super cute!

While India has become a popular destination-inspired moniker the last few years, we think Indie is – if possible – even prettier. END_OF_DOCUMENT_TOKEN_TO_BE_REPLACED

Rafe is a variant of the name Ralph, but just sounds that little bit more off-beat, we think. Historically, Ralph comes from the Norse word for 'Wolf', and so Rafe can be taken to have the same meaning.

This pretty name means 'life' and while often used as a nickname for monikers like Evelyn and Evangeline, we think Evie is totally solid as a name in its own right.

Music-lovers will no doubt have a soft spot for this lovely-sounding boy (or girl!) moniker.

Inspired by the sun itself, you cannot help but feel this French girl's name is filled with sunshine.

You may also like
1 week ago
Royal-ly cute: 10 OTHER baby girl names with royal connections we absolutely love
1 week ago
Expecting a summer baby? 11 beach-inspired baby names that radiate sunshine
1 week ago
It's official, Nick Carter is great at naming babies
2 weeks ago
There is a new post-pandemic baby name trend happening – and we love it
2 weeks ago
Here are the most popular baby names in Northern Ireland
2 weeks ago
The weirdest celebrity baby names to come out of La La Land
Next Page