Scandinavia is known for being a pretty darn cool corner of the earth.

Not only is it home to such iconic brands as H&M, Ikea, Acne, Lego, Stokke, Spotify, Ganni and many, many (many!) more, but it is also consistently voted the best, safest and happiest place in the world to live.

And guess what, guys – it doesn't even end at hip cities and cool architecture and northern lights and more hygge than you can shake a stick at.

Scandinavians also have some serious swagger and street-cred when it comes to baby names. Don't believe us? Here are 11 Scandi chic names to ensure your kid will be the coolest in his class – by miles:

Ingrid is a beautiful Scandinavian name – and is also currently the name of Norway's heir to the throne, Princess Ingrid Alexandra.

Axel means “my father is peace” and can also be spelled Aksel. (Norwegian actor Aksel Hennie also has this name)

Elin is a form of Helen/Ellen, and is also the name of one of Sweden's most famous fashion bloggers, Elin Kling. 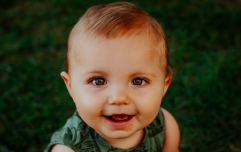 END_OF_DOCUMENT_TOKEN_TO_BE_REPLACED

Matias is a popular name for baby boys in Scandinavia these days – can also be spelled Mathias. Meaning: 'Gift of God.'

Elsa is a short form of Elizabeth. And, also, apparently it was used in some random Disney movie not long ago...

Balder is an old viking name meaning 'brave warrior' – and if that's not Scandi cool for you, we don't know what is!

Freja is the goddess of love in Norse mythology (and, also, the name of Danish supermodel Freja Beha Erichsen) 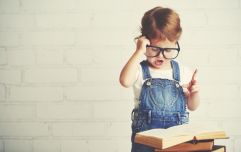 END_OF_DOCUMENT_TOKEN_TO_BE_REPLACED

Andreas is probably a Greek name originally, but is also very popular in the Scandinavian countries. The name is said to mean 'manly' or 'brave.'

Sanna means “lily flower.” The name is popular in all of Scandinavia right now, but skyrocketing in Norway, as Sanna is a character's name on the insanely popular Norwegian teen drama, Skam.

Emil is a popular name for Scandinavian baby boys, maybe especially in Sweden – inspired by the books about Emil i Lönneberga by famous Swedish children's book author, Astrid Lindgren (who, of course, also penned the books about Pippi Longstocking)

Kaia means “pure,” and is a popular girl's name in both Norway, Sweden and Denmark.


popular
First Dates Ireland's Mateo Saina welcomes baby boy with partner Vjerana
CUMH allow partners to attend 20 week scan and post-delivery
4-month-old baby killed during police shoot out
This plant-based cleaning range will make a huge difference to your home hygiene
These 5 Foods Could Increase Your Chances of Having Twins
16 nostalgic baby names which are inspired by your favourite classic cartoon characters
Can you pronouce these 7 'unique' baby names? They're trickier than you think

You may also like
4 days ago
10 Irish baby names more popular abroad than they are here at home
6 days ago
Due this month? We have rounded up 17 perfect names for all the little spring babies
1 week ago
Lieben kleinen, twenty sweet German inspired baby names for boys and girls
1 week ago
The most popular unisex baby names
1 week ago
Karlie Kloss has named her son Levi - are biblical baby names having a moment?
1 week ago
A fresh start: 10 beautiful baby names that radiate hope and happiness
Next Page