Searching for a baby name?

When it comes to deciding whether your little offspring will be honoured with an old-fashioned name (Rosie, Emily, Arthur), a hipster name (Xavier, Harper, Flynn) or maybe a good solid name (James, Sarah, David), chances are you and your partner will not agree on every single one.

So, for anyone due a baby in this season of mists and mellow fruitfulness, how about a name inspired by Mother Nature:

The name Dahlia has numerous nature connotations: it has a Swedish and Scandinavian origin meaning 'valley'. It's also a flower named after the 18th-century Swedish botanist Anders Dahl. In Arabic cultures, the name is pronounced Dalia, which means grape vine.

Who has this name? – Israeli writer, Dahlia Ravikovitch

There’s a touch of lightness in the name Aria – it's Italian for 'air' and Hebrew for 'lioness'. It also holds a musical connotation, used extensively in the context of opera. In India, this name is also spelled Arya, which means noble warrior and is mostly used to name boys.

Who has this name? – Actress, Aria Curzon (of The Land Before Time fame) or Arya Stark in Game of Thrones. 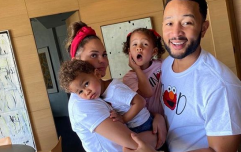 END_OF_DOCUMENT_TOKEN_TO_BE_REPLACED

The colourful name Iris finds its origin in Greek mythology where it means 'goddess of the rainbow'. Taking inspiration from the Greek meaning of the name, Iris is also used to define the colored part of the eye.

Who has this name? – British novelist, Iris Murdoch

Alternatively spelled Savannah, this name is of Spanish origin where it means a 'grassy plain'. It has refreshing, positive connotations; it's also the name of a Georgian city and river in America where it's extremely popular. It's also big in Australia and Canada.

Who has this name? – Journalist, Savannah Clark Guthrie 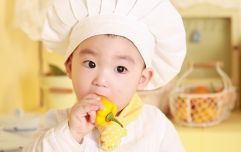 END_OF_DOCUMENT_TOKEN_TO_BE_REPLACED

This dainty name originates from the Scottish island named Islay. There are also two rivers named after Isla in Scotland. It has gained popularity of late in the United States, England, and New Zealand.

Who has this name? –  Actress, Isla Fisher

The English name Linden comes from the Linden (lime) tree and is considered a gender-neutral name. People also opt for variations like Lynden and Lyndon. Though the name Linden was in fashion back in the 1960’s, its popularity has waned in the past couple of years. Might be time for a resurgence?

Who has this name? – Actor, Linden Ashby 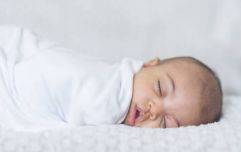 END_OF_DOCUMENT_TOKEN_TO_BE_REPLACED

If you're looking to give your child a name that exudes strength and power, consider Gale. In English, the name means 'storm' and 'lively'. You can also spell it Gayle, which is often the case if you're using it for a girl's name.

Who has this name? – Footballer, Gale Sayers

The name Brooke means 'a river stream' and gets its inspiration from the traits of adaptability and smooth flow. The name is also commonly spelled Brook, mostly for girls. Other variations of the name are Brooklyn, Brookie, and Brooky.

Who has this name? – Actor, Brooke McCarter

Heron is the name of a water bird that has tall legs and a long beak. The name is a nod to the ancient Greek word heron, meaning 'hero'. It signifies an individual who has the capability of reaching great heights.

Who has this name? Saint Heron, Third Bishop of Antioch


popular
'Soak it all in' – the words about parenting that will make you embrace even the hard days
Secondary infertility: The little-known issues surrounding the inability to conceive again
Bedtime confession: I lie down with my children until they fall asleep - every night
H&M to close 170 stores this year due to dropping sales
Rochelle Humes just shared a hilarious update on her pregnancy and I can relate
Doctors were shocked to find baby boy born clutching his mum's contraceptive coil in his hand
11 seriously fun playgrounds in Dublin to bring the kids to this long weekend
You may also like
5 days ago
Tale as old as time - twelve baby girl names inspired by literature
5 days ago
Flower power: 11 cute baby names perfect for your summer baby
1 week ago
14 super sweet and short Icelandic names perfect for baby girls
1 week ago
10 beautiful baby girl names none of your friends will have thought of first
1 week ago
10 baby boy names forgotten in time – that we reckon deserve a second chance
1 week ago
Royally cute: 15 regal baby girl names perfect for your little princess
Next Page