Goodbye Craig, Ross and Shannon: These are the baby names nobody wants to use anymore

Are you about to become a parent?

Then you might have already started thinking about baby names for your brand new bundle.

There is a lot of talk about names that are about to become popular, but what about the names that are slipping so far down the charts they are soon in danger of becoming extinct?

These days, experts claim, parents are looking for distinctive names and alternative spellings, meaning that many names that were topping the charts back in the 80s and 90s are now less popular than ever, and pretty much on their way out.

Take Craig for instance, a name that topped the charts in the UK not too long ago, peaking in the 90s.

Now, however, statistics show that the number of parents naming their baby boys Craig slumped by 97 percent between 1996 and 2017, resulting in just 25 new Craigs in all of England and Wales, the biggest fall of any previously popular boy’s name.

Other boy names that are facing oblivion is Lee, Ross and Shaun, according to an analysis of changes in baby names between 1996 and 2017, the latest year for which official data is available for England and Wales.

As well as this, names like Lindsay, Lynsey or Lyndsey and Christie or Kristy are heading for extinction too, with the Office for National Statistics in the UK having no records of anyone using those names in 2017. Other girls' names falling down the charts are Jordan and Brittany/Britney, having no doubt lost the sense of glamour they once held back in the 90s when pop star Britney Spears and glamour model Katie Price (Jordan) made them a popular choice for parents of little girls. 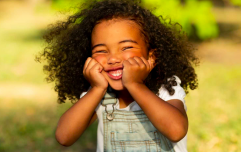 13 fresh and summery names perfect for your little August baby

END_OF_DOCUMENT_TOKEN_TO_BE_REPLACED

When it comes to what names parents want instead, academics at Oxford University who have analysed 170 years of UK names, reckon name choices form “a self-correcting feedback loop, whereby rarer names become common because there are virtues perceived in their rarity, yet with these perceived virtues lost upon increasing commonality”.

Unique spellings of names are trending, with many new parents opting for unusual takes on names that have been around for years, and pop culture and TV/Netflix continue to serve as a major source of inspiration.

“Towards the present day, we can speculate that the comparatively greater range of media, freedom of movement, and ability to maintain globally distributed social networks increases the number of possible names, but also ensures they may more quickly be perceived as commonplace,” Dr Stephen Bush wrote in his analysis of name choices from 1838 to 2016.

“Consequently, contemporary naming vogues are relatively short-lived, with many name choices appearing a balance struck between recognisability and rarity.”

Tell us, did you go for modern names for your children, or did you opt for something more 'common' or old-school? Let us know in the comments or tweet us at @herfamilydotie


popular
Vogue Williams slams man who refused to swap seats with her on plane
A mini heatwave could be coming our way in September
Mum issues warning to parents over frightening Cocomelon video
Here's how you can get "free money" from Revolut
Applications for this year's Toy Show are officially open
Man (50s) arrested on suspicion of the murder of Miriam Burns
Baby clothes from Shein and AliExpress have dangerous levels of harmful chemicals
You may also like
4 days ago
14 gorgeous baby names inspired by locations all over the world
1 week ago
Khloe Kardashian 'on cloud nine' after welcoming a baby boy
1 week ago
Second thoughts: Parents reveal the names they most regret giving their children
1 week ago
Baby joy for actor Barry Keoghan and his girlfriend Alyson
1 week ago
These are the most popular boys and girls names from over the last 100 years
2 weeks ago
These baby names are set to be popular in 2030 (so maybe get in there now!)
Next Page