A new app now lets people check how popular any baby name is in Ireland.

The Central Statistics Office (CSO) launched the app, Baby Names of Ireland, today, allowing users to check the popularity of any baby name in Ireland as far back as 1964.

The app generates a chart enabling users to track the popularity of certain names across decades.

It also provides a printable name certificate showing the ranking of your chosen name. 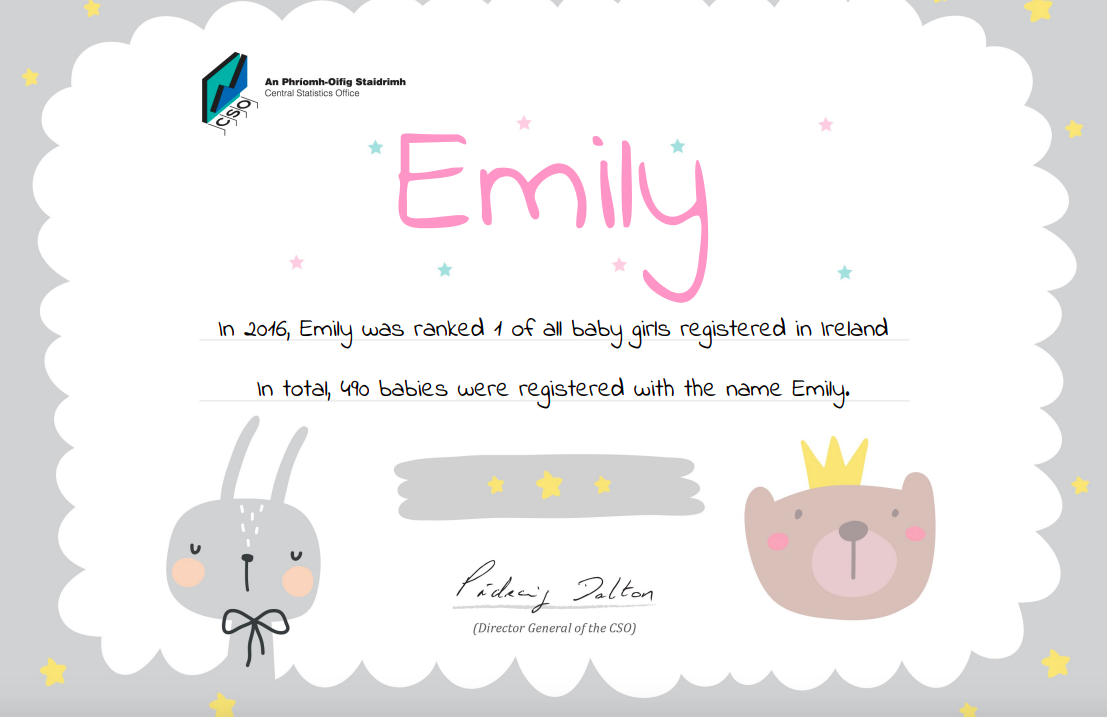 'Emily' was the most popular name for girls in Ireland in 2016 - and has continued to top rankings for the past six years.

'James' was the most popular boys' name of last year.

It was followed closely by 'Jack,' who topped the baby names for boys list for an impressive nine years in a row before that. 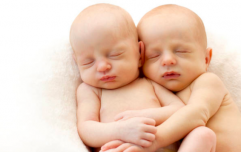 OFFICIAL: the most popular baby name in Ireland for 2018 has been revealed

END_OF_DOCUMENT_TOKEN_TO_BE_REPLACED

The app is useful for parents who may want to give their child a popular name, a unique one, or even one that has never been registered in Ireland before.

It's also handy if you want to have a little lurk around the popularity of your own name.

You can check out the app here.


popular
Vogue Williams son Theodore recuperating after an accident at home
Here's what bookies think Harry and Meghan will name their baby girl
Princess Charlotte doesn't have to bow to the Queen but Prince George does - here's why
Ashley Cain and Safiyya Vorajee describe final days with baby girl as "torture"
Using a childminder? You might be entitled to a new subsidy.
Can you pronouce these 7 'unique' baby names? They're trickier than you think
Life-hacks and parenting cheats from real mams
You may also like
1 year ago
The CSO has revealed the most common surnames in Ireland
2 years ago
This is the Irish county with the highest fertility rate
2 years ago
Births to teenage mums down by half in 10 years in Ireland
2 years ago
These are top baby names in Ireland for 2017 - is your baba's name here?
2 years ago
Birth rates in Ireland are continuing to fall, according to new figures
3 years ago
This has been the most popular baby girl's name in Ireland for 6 years in a row
Next Page