A regal twist: 12 adorable baby names with a royal stamp of approval

After the sad news of the death of HRH, Prince Philip, The Duke of Edinburgh, yesterday, we have the royals on our mind today.

The fascination with all things related to the royal family has no end, something in which the popularity of Netflix' The Crown is a testament to. 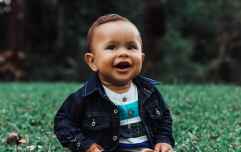 Everyone is apparently searching THESE 10 baby names right now

END_OF_DOCUMENT_TOKEN_TO_BE_REPLACED

Prince Carl Philip is third in line for the throne of Sweden, ya'll. 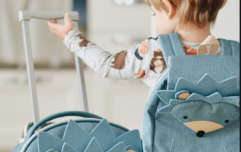 Miss travel? 15 beautiful baby names inspired by some of our favourite destinations

END_OF_DOCUMENT_TOKEN_TO_BE_REPLACED

Swedish Princess Madelaine is 4th in line to the Swedish throne. The Scandinavian beauty has two young children, and is married to US financier Christopher O'Neill.


popular
A genius hack that will keep your bananas ripe for ages longer
You can now buy period underwear in Penneys for €7
3 arrested after girl knocked between DART and platform in Dublin
Terrie McEvoy shares first photo of her new home as she moves back to Dublin
London Fire Brigade issues warning over the latest TikTok trend
Can you pronouce these 7 'unique' baby names? They're trickier than you think
Winning (weird) food combos that pregnancy cravings helped me discover

You may also like
1 week ago
11 beautiful baby names with a slightly bohemian vibe
1 week ago
Tale as old as time - twelve baby girl names inspired by literature
1 week ago
10 Irish baby names more popular abroad than they are here at home
1 week ago
Due this month? We have rounded up 17 perfect names for all the little spring babies
2 weeks ago
Lieben kleinen, twenty sweet German inspired baby names for boys and girls
2 weeks ago
The most popular unisex baby names
Next Page