Oh, how I love the book.

Little Women is just one of those books that I think once you read it, will forever just remain on your list of favourite books (and if you haven't read it yet, I strongly urge you to do so, and do it before you watch Greta Gerwig’s latest movie reboot, as, you know, books should always be read before you watch the movie version!)

And if you are currently awaiting the arrival of your own little one, be it a little woman or a little man, we think you'll find plenty of name inspo in the book (or movie) too.

Josephine “Jo” March is, of course, the main character in Little Women, and a name that would work equally well for boys and girls, we think.

The name 'Jo' is said to be a feminine variation of Joseph which means ‘Jehovah increases’.

One of the cutest boy names around, if you ask me. And just think how adorable 'Theo' will work for short!

Theodore “Laurie” Laurence lives across the road from the March family in Little Women, and the name comes from Greek and means ‘gift of God’.

Amy March (later on in the book she is Amy Laurence when she marries) is the youngest of the four March sisters. The name is short and sweet, comes from France and means ‘beloved’. 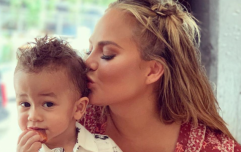 END_OF_DOCUMENT_TOKEN_TO_BE_REPLACED

Take a lead out of Ayda Field and Robbie Williams' book, who gave their eldest daughter this adorable moniker.

In Little Women, Theodore “Teddy” Bhaer is the son of Jo and Fritz, so the name can be gender-neutral and will work for boys and girls alike.

Margaret “Meg” March is the eldest of the March sisters, and the name is thought to mean 'pearl.'

In the book, Theodore “Laurie” Laurence is Amy March’s husband, but we think the name can totally work for girls too, making it a great gender-neutral choice.

Elizabeth “Beth” March is the third daughter of Margaret and Robert March, and you can choose to use the full name (Elizabeth, which originally is meant to mean ‘pledged to God’) or go with the shorter and less formal Beth. 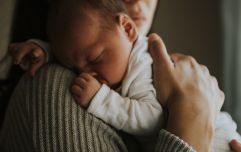 END_OF_DOCUMENT_TOKEN_TO_BE_REPLACED

A good, solid name for a little boy, and you are free to use both 'Bob' or 'Robbie' as a shorter version.

In Little Women, Robert March is the patriarch of the March family, and the name itself is thought to be of German origin and could mean 'bright fame.'

Another name that in the book is used for a boy, but that we think would work equally well for a girl (Ahem – Demi Moore?!)

FYI, in Little Women, Demi (or Demi-John) Brooke is the son of Meg and John Brooke.

Meg and Mr. Brooke’s daughter, Daisy is the twin of Demi, and her real name is Margaret.


popular
Say hello to the €40 M&S dress everyone needs in their spring wardrobe
We are absolutely loving this gorgeous €10 khaki mini dress from Penneys
Grandparents build magical Harry Potter-themed playhouse for their granddaughter and WOW
Brides-to-be! The €50 Zara dress that's perfect for day two of a summer wedding
We need to talk about the unreal leopard dress that's just €9.99 in the Zara sale
Parents build two tiny homes on their property for their teenagers to live in
Penneys is currently selling €11 loafers that look JUST like the famous Gucci ones