In terms of online games aimed at children, Roblox is by far one of the most popular ones.

Children as young as 5-6 are apparently playing the game, which is intended to be a sort of virtual 3D world where kids can create and play their own games.

This is why, then, it came as a shock to many parents when they realised that with incredible ease, children can be suddenly shifted to a section of the game that exposes them to some very unwelcome, adult situations involving nudity and pornographic acts, CBS News reports.

How did ZBOYGAMER6000 become #AvatarOfTheWeek? I’m not saying it was aliens, but...it was aliens ? Is your avatar one of the galaxy’s best? Drop your profile in the comments below for your chance!

According to the report, it is 'condo games' that are the problem here, as now serve as a gateway for many inappropriate exposures such as nudity and sex.

When Roblox's child safety filters are bypassed, "condo videos" or nude videos are visibly present, simulating sex acts and using imagery and vocabulary that no child should have to hear.

The problem? There is no controlling this once it is initiated. Parentology recently wrote that kids playing the game can actually simulate sex with completely nude characters – which I think we can all agree is rather shocking.

Winners make their own moves.? Learn how to create your very own motion-controlled game with custom animations and earn exclusive gear in our Build It, Play It challenge. Link in bio ? 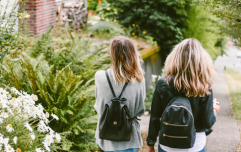 END_OF_DOCUMENT_TOKEN_TO_BE_REPLACED

Roblox was, apparently, designed as a game aimed at children, but unfortunately, controlling who is participating in the game is almost impossible, making it easy for adult predators to weigh in and take over.

CTV News reports: "Videos of the game posted to YouTube show nude characters engaging in sexual positions while text bubbles displaying explicit messages appear overhead. One such video is titled 'How to Rape Someone in Roblox.'"

Were YOU aware there could be issues with Roblox? Are YOU aware of what your child is playing when they are using the game? Have you ever heard about anything inappropriate happening when your child was playing?


popular
Conor McGregor just told his little boy to punch another child in the mouth
Mum admits she hates playing with her daughter, and we can relate.
Due next month? Here are 3 things to note about May babies
The royals have just revealed a never-seen-before family photo – and it's adorable
Rachel Riley announces pregnancy in true Countdown style
Ashley Cain and Safiyya Vorajee describe final days with baby girl as "torture"
Princess Charlotte doesn't have to bow to the Queen but Prince George does - here's why
You may also like
1 day ago
1 in 5 of women with heavy periods will have an underlying bleeding disorder
1 day ago
Survey finds 79% of workplaces do not have adequate employee fertility supports in place
3 days ago
New Gynaecology unit at Rotunda Hospital to provide increased access to vital services
4 days ago
Due this month? Science says April babies have TWO major advantages
6 days ago
Study reveals women are more likely to suffer from chronic pain than men
1 week ago
Síle Seoige's new documentary about miscarriage in Ireland airs tomorrow night
Next Page