Playdates are a big part of having kids in primary school.

It's true. Long gone are the days of kids heading off by themselves to knock into their friends' houses, or organise a play on the local green by themselves. These days, socialising for kids is all about playdates.

And while they can be a great way to help your child form friendships and bonds with his or her classmates – and a chance for you to get to know other children's parents too, the world of primary school playdates is fraught with potential drama and politics one must adhere to. In fact, these get-togethers can also be all sorts of stressful and seem rather vague and confusing to a playdate newbie.

Between trying to find a time and date that suits everyone and kids who won't eat anything (no, really – anything) to arguments over toys and what games to play or kids who aren't picked up at the agreed time or parents who never get that it is no their turn to host – there are many factors to get your head around.

About to set up a playdate – or has your child been invited to his very first one at someone else's house? Here is what you need to know:

1. Stick to the agreed time

If your kid is invited to someone else's house, make sure you arrive on time – but not before. Nobody wants guests who turn up while you are still cleaning the downstairs loo, and likewise, nobody likes people who arrive late for things either. And sure look, we all know life with kids can be a little unpredictable, but if you think you are going to be late, at least send the person organising the playdate a text and let them know.

And if you are asking other people's children over to play with your own, let them know a time (for instance from 2 PM to 4 PM) for the playdate, that way it is easier for people to gauge what time to come get their kids or to start packing up their bits to head home, if they have stayed while the kids play.

2. Offer something healthy alongside the treats

Look, it is all about balance, and I'd be the first person to say that it is the food my children eat at home that matters the most, as this is their main diet, and that treats, as long as they remain just that, are fine. 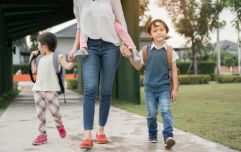 Back to reality again: 10 easy ways to ease into routines again after the holidays

END_OF_DOCUMENT_TOKEN_TO_BE_REPLACED

However; have you ever picked up a child from a party of playdate where they have had nothing but treats for hours on end? I know – it's just not pleasant. Which leads me to have this general rule when it comes to playdate: Always at least offer something healthy as well as whatever treats you are serving. And this doesn't even have to be complicated or expensive. I usually simply cut up some fresh fruits, or offer some cracker and cheese, before dishing up waffles or brownies or any of the more treat-y playdate food.

Having other people's children in your house needn't be overly stressful – even if we are talking six-year-old boys, who literally will, if left to their own device, disassemble your house quicker than you can say 'house rules.' House rules are great for playdates, and even if you are more chill about them when only your own kids are in the house, do step things up for playdates, especially if you feel like you have to say something to protect your furniture and belongings.

For instance, if you don't want the kids to jump on the sofa or on the beds, tell them – and don't be shy about it either. And know this: You can always gently remind them if needed. If food has to stay in the kitchen and not be brought into bedrooms or bathrooms, tell them that too. Kids who have never been to your home before will actually like being told what is allowed and what is not, it makes them at least feel like they ar in control and won't get into trouble for something they do.