A Broadway musical about Princess Diana (yes, really) is coming to Netflix

After cancelling stage performances in 2020, Diana: The Musical is set to stream on Netflix this autumn.

The Broadway musical about Lady Diana, Princess of Wales will stream on Netflix later this year.

A production of Diana: The Musical was filmed without an audience during lockdown and it's set to arrive on the streaming platform on October 1.

Diana: The Musical was supposed to open on the Great White Way in March 2020, but due to the Covid-19 pandemic, it had to close.

The stage production will open its doors to audience members officially on 1 Decemebr, two months after it lands on Netflix.

The musical will, naturally, explore Princess Diana's life within the royal family.

In a statement, the producers of Diana: The Musical said: "The chance to share our show, first with Netflix's global audience, and then welcoming a live audience back on Broadway is something we've been dreaming about for more than a year.

"We could not be more thrilled to finally share both the film and the Broadway musical with the world." 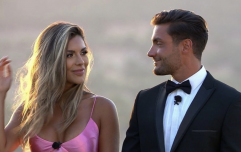 END_OF_DOCUMENT_TOKEN_TO_BE_REPLACED

The musical is directed by Christopher Ashley and will star Jeanna de Waal as Diana, Roe Hartrampf as Prince Charles, Erin Davie as Camilla Parker Bowles and Judy Kaye as Queen Elizabeth II.

The show's official Instagram page is already full to the brim with snippets from musical numbers and first looks of the cast in costume.

If, for some reason, you feel like seeing the show in person rather than from the convenience of your own home, tickets for the stage show are on sale now.

Diana: The Musical will return to the Longacre Theatre in Manhattan for preview performances on Wednesday 1 December. The show will then open officially on Thursday, 16 December.

Diana: The Musical arrives on Netflix on Friday 1 October.


popular
Five teenage girls rushed to hospital after crash in Kilkenny
Opinion: All schools should have generic school uniforms
How to keep your fake tan on for longer during the heatwave
Baby twins die in hot car after dad forgets to drop them to creche
Ekin-Su and Davide taking their mums to New York with Love Island winnings
Here's where you can get the best deals on all your Back to School essentials
Irish people could be treated to spectacular sights in the sky over the next few nights
You may also like
2 weeks ago
Love Island: Multiple islanders will leave tonight
3 weeks ago
Love Island producers to launch middle-aged spin-off
3 weeks ago
5 Mother/Daughter movies that are guaranteed to have us in tears every time
1 month ago
Say it isn't so: Workin’ Moms’ to end with Season 7
1 month ago
Netflix CEO confirms adverts will be added to the streaming service
1 month ago
The little girl who played baby Anna in Derry Girls has been diagnosed with leukaemia
Next Page