They better get their happy ending in this one.

It's been 17 whole years (can you believe it?!) since we were first introduced to the ladies of Wisteria Lane.

And now, the lane's favourite couple is reuniting for the festive season.

Through all the drama, divorces, affairs, murders, natural disasters, and so on that ensued over Desperate Housewives' 8-season run, Mike Delfino and Susan Mayer gave us something to root for.

We fell in love with the couple's love story from the show's very first episode, and despite all their ups and downs, the pair made us believe in a second (or third, or fourth) chance at love and finding "the one". 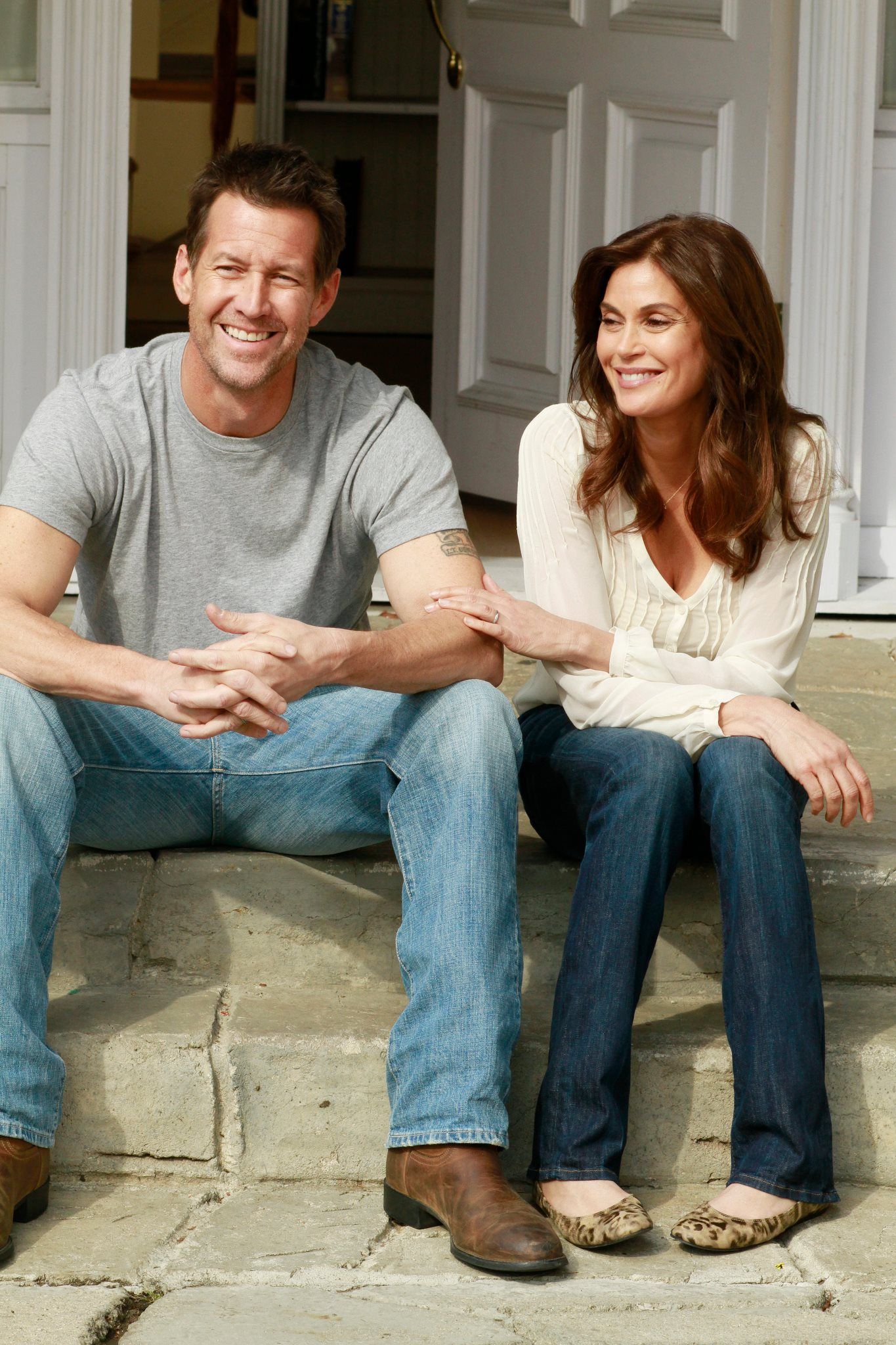 That's why it was such a HUGE BETRAYAL for the writers to kill Mike off mere episodes before the show's finale, breaking Susan's heart (and ours along with it).

While we've never quite forgiven the show bosses for that, the actors who played the much-loved couple are making it up to us nearly ten years later.

Yep, Teri Hatcher and James Denton are once again stepping into an on-screen romance, this time for a Hallmark Channel Christmas movie.

A Kiss Before Christmas sounds like it'll have an It's a Wonderful Life sort of vibe, if the press release is anything to go by:

Real estate development executive Ethan Holt (Denton) is a married father with two teens. On Christmas Eve, Ethan is disappointed to learn he’s losing out on a promotion and laments that his “nice guy” way of doing business has held him back in his career.

Thanks to some Christmas magic, Ethan’s casual wish that his life had taken a different course becomes reality. He wakes up the next morning and is shocked to find everything is different – he isn’t married to Joyce (Hatcher), he doesn’t have two teenaged kids and he’s CEO of his company. Joyce is the key to Ethan being able to reclaim his original life and the family he loves – he must convince her that their happily-ever-after is waiting for them... and he only has until Christmas Day.

Sounds a bit more optimistic than the conclusion of Susan and Mike's romance, anyway.

Too soon, Teri, too soon. It'll always be too soon.

Check out a teaser for the duo's reunion flick here: