Kim Basinger has said her ex-husband Alec Baldwin was not "emotionally or mentally available" for tough conversations, including those about their daughter Ireland's struggles with mental health and substance abuse.

The Oscar-winning actress sat alongside her daughter for an appearance on Jada Pinkett Smith's Facebook show, Red Table Talk, during which she and Ireland discussed their mental health struggles.

Kim opened up about how she has been suffering from crippling anxiety ever since she was a child, which developed into agoraphobia in her late 20s.

Agoraphobia, an anxiety disorder in which a person feels their environment is unsafe and inescapable, has caused her to remain housebound and out of the spotlight on-and-off throughout the years.

The former 'Bond girl' said that it hurt her "worse than anything probably could" to later recognise her own symptoms in her daughter.

"It's horrible, and it flows from one generation to another," she said, adding that she would see Ireland anxiously fidgeting her hands and be reminded of her own habit of doing the same. 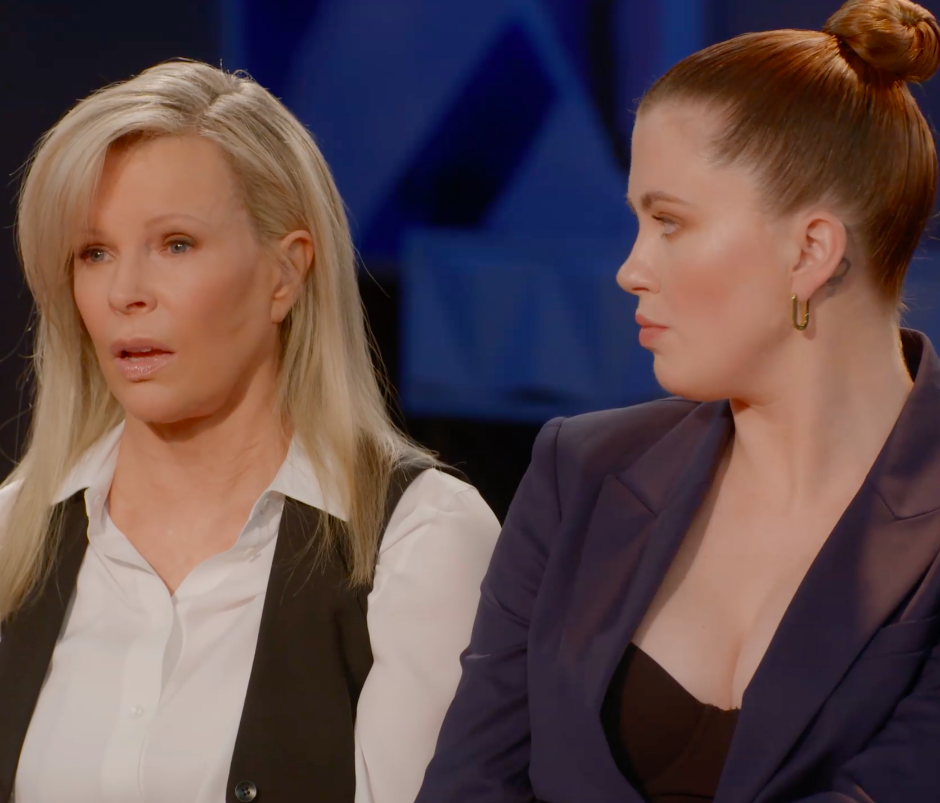 Ireland herself also detailed her struggles to Jada's daughter Willow, saying that her anxiety culminated in eating disorders, unhealthy drinking habits and suicidal ideation – all of which were exacerbated by being in the limelight as the daughter of famous parents.

END_OF_DOCUMENT_TOKEN_TO_BE_REPLACED

In the episode, both Ireland and her mother acknowledged how the divorce and custody battle between Kim and Alec negatively impacted the pair's daughter at such a young age.

The former couple's strained relationship was highly publicised throughout Ireland's childhood and made further headlines when the press leaked a bitter voicemail in which Alec referred to his then-11-year-old daughter as a "rude, thoughtless little pig".

Acknowledging that co-parenting comes with difficulties, Jada asked if Kim and Alec were able to "see eye-to-eye" in dealing with their daughter's mental health struggles.

"Eye-to-eye? Uh, no," she said as Ireland laughed. "No, that was not... Alec's a funny one. You know we’re all fine, we all get along, whatever. But he’s a challenge. We’ve had our challenges."

The Batman actress added that she doesn't think her ex-husband was "emotionally or mentally available for that kind of talk".

"Alec, you know, operates in a very different way in his life," she said. 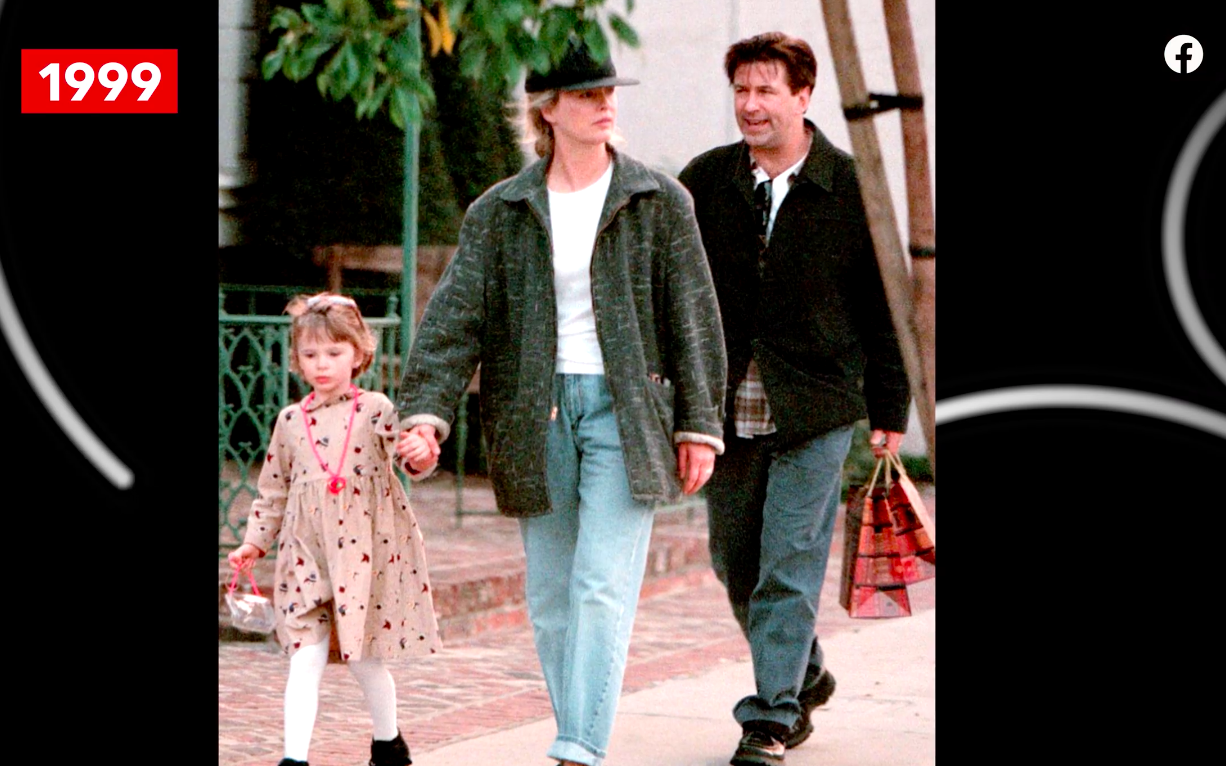 END_OF_DOCUMENT_TOKEN_TO_BE_REPLACED

Ireland explained that while she believes her dad suffers with anxiety too, she thinks these conversations are difficult for him as he is "someone who grew up in a family that would suppress that as well or tell him he’s weak for feeling that way".

"There’s things I would go to my father for, but if I ever even tried to have this conversation in any way with him, I don’t think he would be able to really absorb any of it," she stated. "He can't really sympathise as much with it, but it's not his fault."

Both mother and daughter said the actor-producer has recently "gotten way better" at not suppressing his emotions as much, with Ireland saying recent events have "forced" him to deal with things.

The actor, who shares six other children with wife Hilaria Baldwin, is currently facing a legal battle after a prop gun he was holding on set of western movie Rust discharged and fatally shot cinematographer Halyna Hutchins in October.

Several lawsuits, including one filed by Halyna's family, accuse Alec and the film's producers of "major breaches of industry protocols" that "led to the senseless and tragic death of Halyna Hutchins".

"Their attitude is 'Oh, the people who likely seem negligent have no money, and the people who have money are not negligent. But we're not going to let that stop us from doing what we need to do in terms of litigation,'" the SNL star said of the lawsuits in a video published by CNN in March. "Why sue people if you're not going to get money? That's what you're doing it for."

Hilaria is currently expecting her seventh and Alec's eighth child, which Ireland has previously said is "none of my business".

"I get countless messages from people who are kind of alarmingly obsessed with my father and his family," the 26-year-old wrote on Instagram. "I think a lot of people assume my take on any of this, well here it is for free — it’s none of my business.

"I don't care. My life is here in Oregon with my boyfriend, 6 dogs and my new business. I smoke weed, I eat good food, and I mind MY business."

popular
Brian Dowling: "Aoife never thought the baby was hers"
Lauren Graham shares who she thinks Rory's baby daddy is
These 40 baby names are set to trend in 2023
This CoComelon toy is set to sell out before Christmas
Release date for Prince Harry and Meghan Markle's Netflix series confirmed
Expert says Cocomelon acts "as a drug" to kids' brains
Warning issued to Irish parents after increase in RSV cases
You may also like
2 weeks ago
Paul Mescal details "rude" interaction with fan
2 weeks ago
The Bold Type star Katie Stevens expecting first child
2 weeks ago
Too early? Stacey Solomon shocks fan after they spot Christmas tree in her house
1 month ago
James Corden claims he hasn't done anything wrong after restaurant ban
1 month ago
Kaley Cuoco and Tom Pelphrey expecting first child together
1 month ago
Alexandra Burke reveals why she refuses to share details about her baby
Next Page