The CBB star branded suggestions of language inclusivity as "insanity."

Kirstie Alley is currently being criticised for a string of transphobic posts to Twitter.

The actress took to the platform to criticise new guidelines from The Academy of Breastfeeding Medicine, which suggested medical professionals should consider using more gender-inclusive terms surrounding lactation.

"The ABM recognises that not all people who give birth and lactate identify as female, and that some of these individuals identify as neither female nor male," the updated guidelines state.

"To be inclusive of all people in our written materials, use of desexed or gender-inclusive language (e.g., using 'lactating person’' instead of 'mother') is appropriate in many settings."

BREAST-FEEDING IS what WOMEN do. Women also bottle feed. Men bottle feed too. We do not have to buckle to the insanity of the minuscule minority of lunatics who make us feel guilty for not sharing their insanity. “Chest feeding?” “human milk feeding?” WTF STOP IT!!!

END_OF_DOCUMENT_TOKEN_TO_BE_REPLACED

Acknowledging that isn't lunacy, it's decency. And it doesn't take away from the beauty and importance of breastfeeding.

But Kirstie didn't stop at dismissing inclusivity as "insanity." She instead suggested inclusive terminology is the result of "pervs trying to degrade our society." 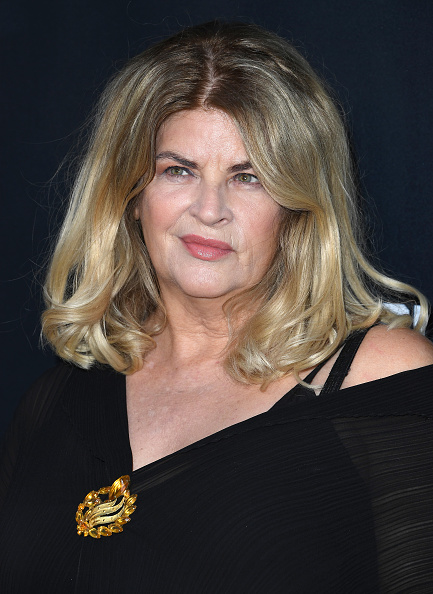 It doesn't really get much more transphobic than that, considering how much trans people – trans women in particular – are demonised as predators trying to infiltrate bathrooms and other traditionally gendered spaces in order prey on those who usually occupy them.

This is one of the oldest transphobic tropes in the book, and watching an actress platform it because she doesn't like terms like "lactating person" is quite something.

As is usually the case with these sorts of tweets, she had many 'gender critics' rallying to agree with and defend her. But plenty of replies also called BS and pointed out that including trans and non-binary folks has no impact on cis women's experience or medical care as they breastfeed.

I was born biologically female and identify as such now. I have given birth and nursed 4 children. How does including others who identify differently “degrade” my experience? Just as same sex couples marrying in no way degrades my marriage. How is inclusivity insane???

END_OF_DOCUMENT_TOKEN_TO_BE_REPLACED

Does Kirstie realise that a mother is also included in "lactating person"? That women are indeed... people?

Though we probably shouldn't be surprised, tbh. She did say she voted for Trump, twice, to become the president of the US, specifically "because he's NOT a politician."

Most ironically of all, she followed up on her initial statement this gem:

For the record I don’t care what people call themselves or categorize their identity. Just leave mine alone. I’m happy with woman, mother, actress, sister, daughter, grandma and gurley🤣🤣🤣 to name most of my handles.

What's that, Kirstie? You just want your identity, pronouns and titles respected? Hmm, that sounds familiar.

Almost like that was the whole point of the guideline change in the first place...

popular
Dunnes Stores launches stunning collection of Communion dresses
Siblings kidnapped in March 2022 have been found alive
Emma Pattison: Tributes paid following death of head teacher and her family
Time to book those holidays! Here's every Bank Holiday in Ireland in 2023
Head of dive squad searching for Nicola Bulley thinks 'something's not right'
Stacey Solomon hints at baby girl's name as due date nears
The simple, everyday habit that has a major impact on how your children do in school
You may also like
5 months ago
Leonardo DiCaprio and Camila Morrone have broken up
5 months ago
Vogue Williams faces backlash after admitting she only wears clothes once
5 months ago
Gilmore Girls star Alexis Bledel splits from husband of 8 years
5 months ago
Mrs Hinch opens up about being Stacey Solomon's bridesmaid
7 months ago
Victoria Beckham reveals why she is 'terrified' of Harper using social media
8 months ago
Actress Michelle Williams is pregnant with her third baby
Next Page