We'd watch it Time After Time...

Lisa Kudrow reunited with her Friends on-camera last year, and now she's ready to head back to school for a reunion of our favourite Post-It inventors.

The 58-year-old has said that she and Mira Sorvino would love to reprise their roles for a sequel to their 1997 comedy, Romy and Michele's High School Reunion.

Appearing on SiriusXM's Andy Cohen Live on Monday, Lisa revealed that the original film's writer, Robin Schiff, has "definitely been approached to start thinking of a sequel".

Andy then asked if she and her former co-star would do it "if the script goes right".

"Yeah," the actress replied. "I think it could be fun."

The prospect of a sequel came up during her interview when a caller rang in to ask, following Lisa and Mira's tribute to the film at the SAG Awards last month.

In the comedy, the two played a pair of charmingly ditzy best friends who planned to make an impression at their high school reunion, ten years on from graduation.

Presenting together at the awards ceremony last month, Lisa and Mira transformed back into Romy and Michele – some 25 years after the film's release.

Cyndi Lauper's 'Time After Time' played as the pair made their way onstage in colour-coordinated outfits that referenced their characters' iconic pink-and-blue reunion looks. 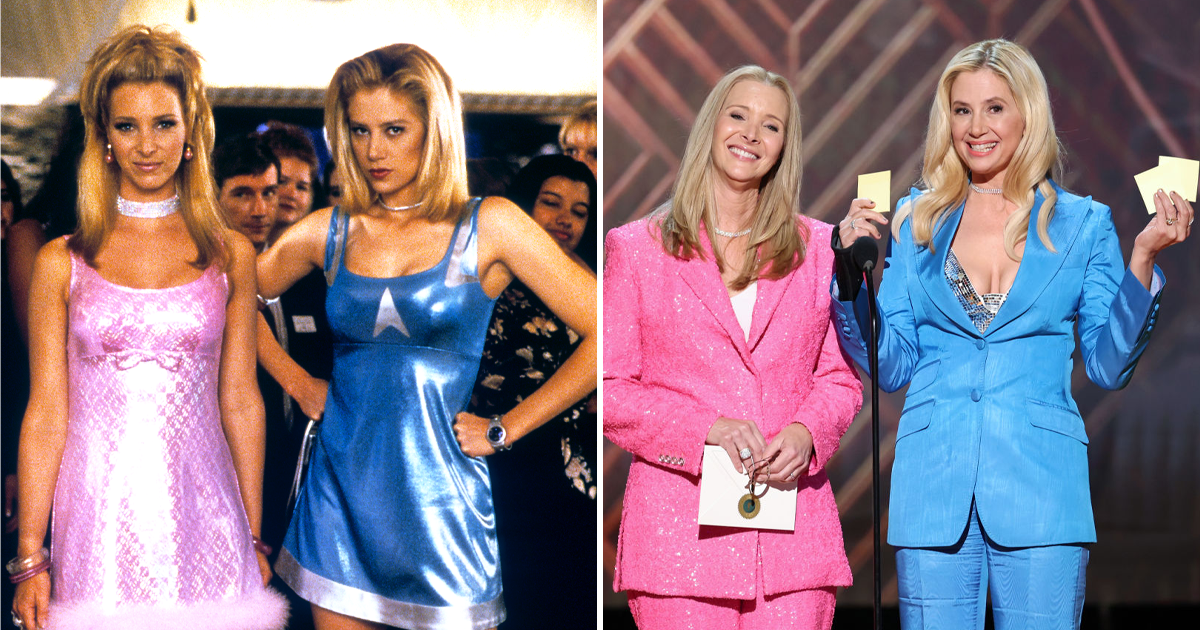 END_OF_DOCUMENT_TOKEN_TO_BE_REPLACED

"I know, thanks," her costar replied, adding: "So do you, of course. Do you think this is the cutest anyone's ever looked at an awards show?"

Mira also took out a couple of Post-Its, which their characters had hilariously claimed to have invented in order to impress former classmates, and pretended that the nominees for outstanding ensemble in a comedy series were listed on them.

It's not the first time the pair have showed a willingness to return as Romy and Michele. At the Creative Coalition's sixth annual Television Humanitarian Awards in 2020, Mira said she hoped a sequel would eventually come to fruition.

"It's not in my hands. It's up to Disney," she said. "I would be so grateful if they would decide to do it.

"I know that Lisa and that Robin Schiff is interested in it," she continued, adding that other cast members would potentially be up for it.

"I love Lisa and I would do anything just to work with her again in any capacity," she added. "That would be a joy."

Fingers, toes and everything else crossed.


popular
I tried 'slow parenting' for a year and I'm never going back
The bodies of three missing children and woman found in Minnesota lake
Opinion: The obsession with routines and sleep training for babies is weird – and stressful
New dad called 'demanding' over list of guidelines to visit newborn son
Supermarkets add security tags to baby formula as cost of living crisis deepens
Vicky Phelan shares message of support with Charlie Bird as she deals with pain
Parent's Benefit Leave extended from today - here's what you need to know
You may also like
1 month ago
Actress Michelle Williams is pregnant with her third baby
2 months ago
Kourtney Kardashian says she’s ‘grateful’ her kids witness her and Travis Barker’s PDA
2 months ago
Stacey Solomon is "embarrassed" about having a swimming pool because it isn't relatable
2 months ago
Britney Spears on her pregnancy anxieties: "I'm so scared to make a mistake"
2 months ago
Kim Kardashian reveals she didn't speak to Kanye for 8 months after filing for divorce
2 months ago
Jennifer Lopez details the moment Ben Affleck proposed for a second time
Next Page