Little Mix open up about motherhood... and the "blackfishing situation" with Jesy

"We don’t really want to dwell, because we have so much to celebrate as a three."

Between rebranding as a trio, two members giving birth, a ten-year anniversary and a one-sided 'feud' with their ex-bandmate, Little Mix have had one busy year.

Ahead of the release of their new album – Between Us, a selection of their greatest hits along with some new songs – the girls sat down with the Telegraph's Stella magazine and opened up about motherhood, postpartum bodies, and the drama with Jesy Nelson.

Leigh-Anne Pinnock and Perrie Edwards, who both became parents in August, shared how they're finding their experiences with parenthood so far.

Perrie, whose son Axel was born just five days after Leigh-Anne's twins, said there's no scheduling when it comes to parenting.

"There’s no such thing as having a scheduled lifestyle anymore," she said.

Leigh-Anne agreed: "Like you say, Pez, you can’t plan anything. Even when you want to feed them at a certain time, it never goes to plan."

"Axel is a good sleeper, but I don’t know how you’re doing it with two, Leigh-Anne," Perrie added. 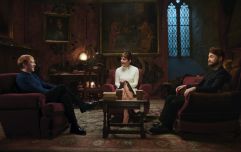 END_OF_DOCUMENT_TOKEN_TO_BE_REPLACED

"I don’t even know myself," Leigh-Anne said. "Last night was horrific. I’ve tried to feed them at the same time, one right after the other.

"That’s normally quite a good routine, but it wasn’t last night. Oh, it was horrible!"

The 30-year-old also spoke about her and footballer fiancé Andre Gray's decision to keep their babies' names and genders under wraps, saying, "I'm just gonna keep it to myself."

Though Perrie and boyfriend Alex Oxlade-Chamberlain didn't reveal their son's name and gender in their initial announcement of his birth, Perrie eventually uploaded a picture introducing him to the world.

In the interview, Leigh-Anne also confessed that becoming a mother altered the way she views her body after years of feeling sexualised by others.

"I feel like now, I'm looking at my body differently," she explained.

"I breastfeed, so I feel like they're boobs to feed my child. When I’m out and I want to breastfeed, why is it something that I’m embarrassed to do?"

Perrie agreed that "As women, you’re never going to please everybody."

During the interview, the girls were naturally asked about where things stood with Jesy, who recently launched her solo career with the Nicki Minaj-featuring single, 'Boyz'.

The debut was shrouded in controversy, beginning with accusations that Jesy was Blackfishing (wherein non-Black people present themselves as Black or racially ambiguous and often profit from Black culture).

Then, an influencer released unverified DMs, which he claimed to be from Leigh-Anne, calling Jesy a "Blackfish". Nicki responded by Tweeting "When ppl can’t get money with you they always try to stop your bag" before hosting an Instagram Live that Jesy joined.

On the Live, Nicki called the group "jealous, miserable clowns" and Jesy said concerns over Blackfishing were not mentioned to her until around the time of filming the 'Sweet Melody' music video – the last before she left the band. 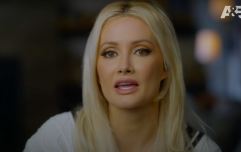 END_OF_DOCUMENT_TOKEN_TO_BE_REPLACED

The Live – and subsequent Tweets in which Nicki referred to "JeLeigh btchs actin real messy" – caused uproar as people accused the pair of bullying a woman who had recently given birth. Little Mix mostly stayed silent, apart from one small comment from Leigh-Anne defending her character in a speech for her 30th birthday.

The group directly referenced the drama for the first time in their interview with Stella.

"We don’t really want to dwell, because we have so much to celebrate as a three," Jade Thirwall said. "We've dealt with it in the best way that we know how, and got each other through it.

"We don't want to talk about the video, or be critical, but one thing we will clarify regarding the Blackfishing situation is that Jesy was approached by the group in a very friendly, educational manner."

The article notes that this conversation took place before Jesy left the band in December 2020.

On Blackfishing itself, Jade explained: "Capitalising on aspects of Blackness without having to endure the daily realities of the Black experience is problematic and harmful to people of colour. We think it’s absolutely not OK to use harmful stereotypes. There’s so much to say on that subject that it’s hard to sum up in a sound bite."

In a recent appearance on his talk show, Jesy told Graham Norton that she and the girls were no longer on speaking terms.

"We're not talking any more. It is sad but honestly there is no bad blood from my side, and I still love them to pieces and genuinely wish them all the best," she said.

She added that she loved her time with them and that it's "just one of those things which needs to take time."

Jesy previously denied the Blackfishing accusations in an interview with Vulture prior to the release of 'Boyz'.

"The whole time I was in Little Mix I never got any of that. And then I came out of [the band] and people all of a sudden were saying it," she said. "I wasn’t on social media around that time, so I let my team [deal with it], because that was when I’d just left."

She continued: "I love Black culture. I love Black music. That’s all I know; it’s what I grew up on. I’m very aware that I’m a white British woman; I’ve never said that I wasn’t."


popular
Special mass to be held for Urantsetseg Tserendorj's anniversary
Whether you’ve got a baby on the way or have an army of your own, the Lidl Big Baby Event is here to help
Helen McEntee warns public not to comment on Ashling Murphy murder case
Nick Jonas and Priyanka Chopra welcome their first child
Irish mum thanks Aldi staff for protecting her autistic child from aggressive man
Majority of Covid restrictions to be lifted at 6am – here's what little will remain
Expert says Cocomelon acts "as a drug" to kids' brains
You may also like
14 hours ago
Amy Schumer says she finally has her "strength back" after endometriosis surgery
2 days ago
Heidi Klum reveals her legs were insured for $2 million
4 days ago
Cardi B says she's "close" to tattooing her son's name on her face
4 days ago
Kanye West holds his own party for Chicago after claiming he wasn't invited to Kim's
5 days ago
David Beckham is criticised for kissing daughter Harper on the lips – again
3 days ago
Sinéad Kennedy won't give "a second thought" to those commenting on post-baby body
Next Page