You love to see it: Disney introduces its first non binary character

Raine Whispers has made history as their first-ever non-binary character.

Disney has created some of the most iconic animated characters of our time.

Mickey Mouse, Dumbo, Ursula, Winnie The Pooh, Cinderella, and Nemo are all household names because of the legendary movies that shaped our childhoods. And now Disney is set to introduce another iconic character.

Disney has introduced their first-ever non-binary character in the TV series The Owl House.

I guest star as Raine Whispers (pronouns: they/them), the sharp and hardworking Head Witch of the Bard Coven, in the new episode of #TheOwlHouse
premiering July 24 at 10:00am ET/PT on #DisneyChannel and DisneyNOW. Make sure to check it out!! pic.twitter.com/zRkaGIDAgd

Raine Whispers has made history as their first-ever non-binary character. Raine's pronouns are they/them.

Avi Roque, who voices Raine, couldn't help but gush about the historical role.

"DREAM COME TRUE. I guest star as Raine Whispers (pronouns: they/them), the sharp and hardworking Head Witch of the Bard Coven, in the new episode of #TheOwlHouse" they wrote on Twitter.

The Owl House has also featured a bisexual character, making it one of Disney's most progressive projects to date.

The news comes after Disneyland changed its iconic opening greeting.

They have decided to alter their classic greeting in Happily Ever After from "Good evening, boys and girls!" to "Good evening, dreamers of all ages!" 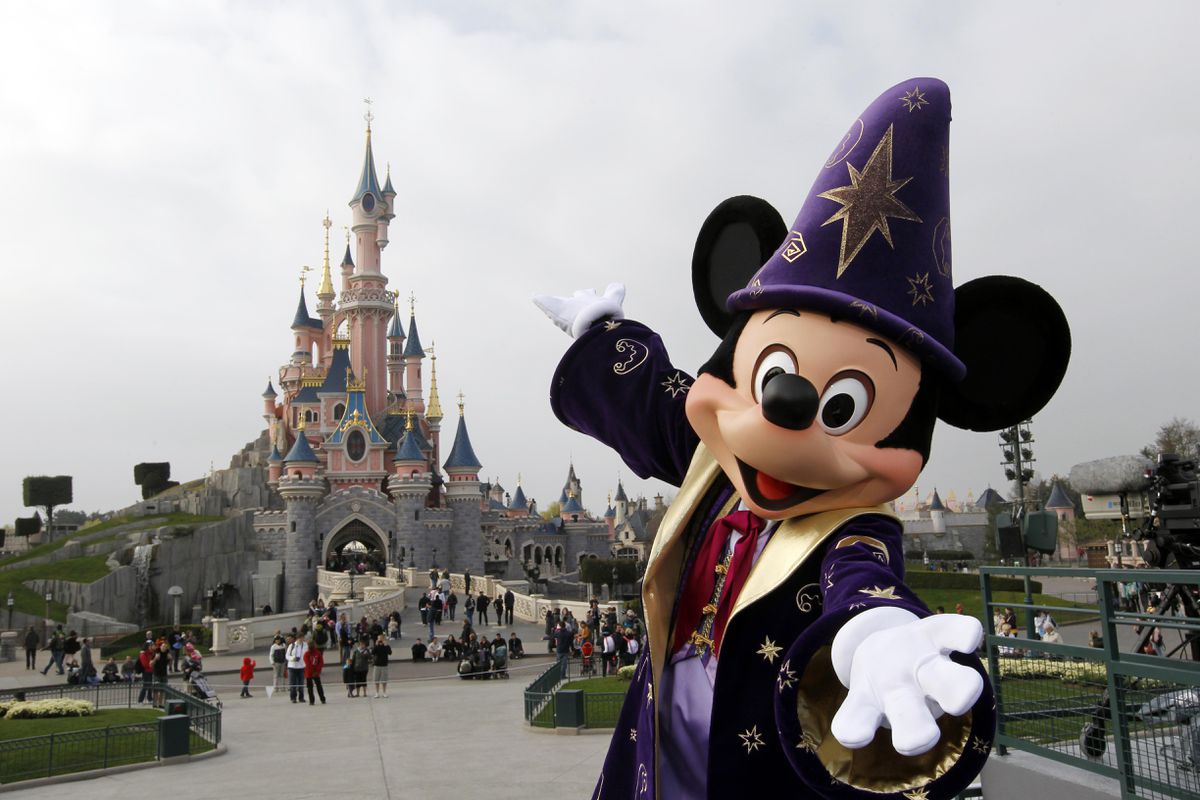 The progressive change was praised by Disney fans.

"I just heard that the Disney World fireworks show changed its opening announcement from “ladies and gentlemen, boys and girls” to “dreamers of all ages” and that little bit of inclusion just makes my heart happy," one person wrote.

"Feels more Disney to say dreamers of all ages than boys and girls — I love the change! As a nonbinary person, such a small thing can truly mean the world," said another.

If these changes make more Disney fans feel understood and represented then we see no harm. Power to you, Disney!

You may also like
4 months ago
Cole Sprouse says childhood fame "is a trauma", particularly for young girls
4 months ago
WIN! Disney+ exclusive The Ice Age Adventures of Buck Wild goodie bag
4 months ago
Parents react to period products in Disney’s Turning Red movie
4 months ago
Disney is looking for a student in Ireland for an amazing new internship
5 months ago
One of Pixar's 'Best Ever' Movies is coming to Disney+ Today!
5 months ago
The first photos of the brand new Disney cruise ship are here
Next Page