Molly Mae on removing a lump from her breast: "Check your bodies people!"

Molly Mae Hague has revealed that she had surgery to remove a lump from her breast and her finger.

The 22-year-old updated fans through Instagram stories over the weekend, sharing a photo of herself following her procedure. The star looked relieved as she posed from her hospital bed, cuddling her beloved toy elephant Ellie Belly. 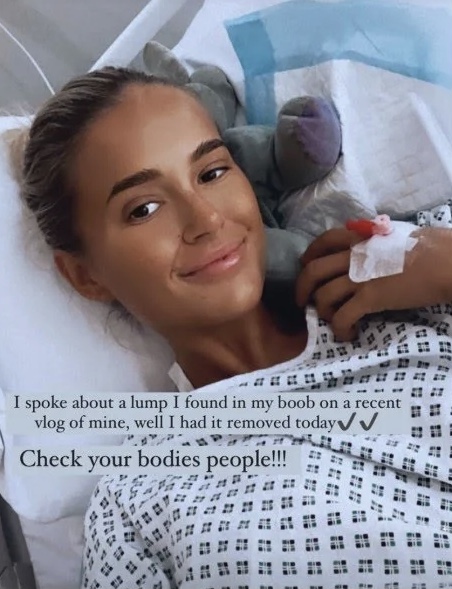 "I spoke about a lump I found in my boob on a recent vlog of mine. Well, I had it removed today," she wrote.

She went on to encourage her 6.1 million followers to look after themselves by writing: "Check your bodies people!"

In a second post, the influencer shared a photo of her bandaged hand, revealing she also had a lump removed from her finger. 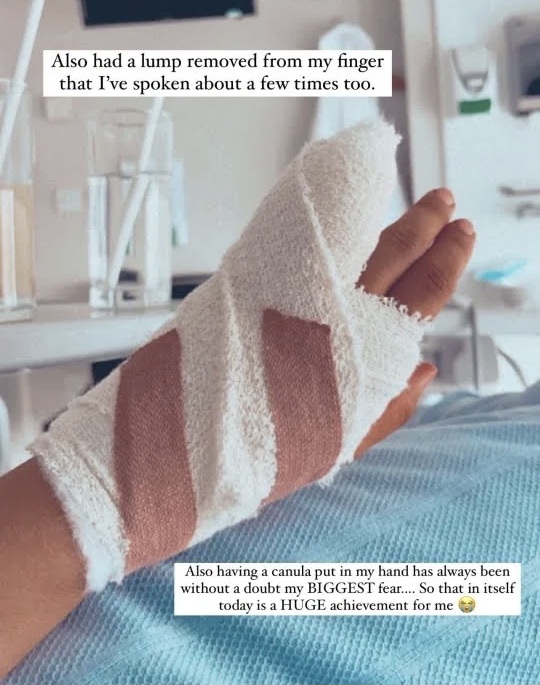 "Also had a lump removed from my finger that I've spoken about a few times too," she wrote.

END_OF_DOCUMENT_TOKEN_TO_BE_REPLACED

She commended herself for overcoming one of her biggest fears: "Having a cannula put in my hand has always been without a doubt my biggest fear... So that in itself a is a HUGE achievement for me."

Molly Mae spoke openly about how she was sent for a biopsy after finding a benign lump on her breast back in August.

"I basically noticed a little lump in my boob, went to get it checked and it was completely fine, completely benign," she said in a Youtube vlog.

"It's a little thing called a fibroadenoma and it's a normal thing to get at this age, small lumps can happen all the time it doesn't mean they're sinister."


popular
Boy (14) found guilty of murdering 12-year-old schoolgirl Ava White
"He will always be a danger": James Bulger's dad says son's killer should never be released
Infant poisoned by nurse "deteriorated quickly", hospital reveals
Am I a bad dad for encouraging my daughter to be a housewife?
Saoirse Ruane's mum says their family has been on an "emotional rollercoaster"
Galway announced as one of Europe’s top 10 cities for raising a family
My family flipped out at me for kissing their baby on the head- was I wrong?
You may also like
2 weeks ago
Kim Kardashian says she'll "hopefully" have one last wedding: "Fourth time’s a charm!"
3 weeks ago
Did Pete Davidson get a tattoo of girlfriend Kim Kardashian's kids?
3 weeks ago
Pregnant Rihanna couldn't attend the Met Gala – so a marble statue of her came instead
3 weeks ago
The Met Gala once again showcased La La Land's most glam mamas
3 weeks ago
Pregnant Sophie Turner says becoming a mum made her a better actress
3 weeks ago
Met Gala 2022: What happens inside the event and where do the funds go?
Next Page