RTÉ 2 has won the rights to Prince Harry and Meghan Markle's tell-all interview with Oprah.

The CBS chat where, according to Oprah, "nothing is off limits," will be airing in the States on Sunday night, and thankfully, us Irish won't need to wait that much longer to watch it.

RTÉ's Nuala Carey announced the news today, sharing a photo of the couple during the eagerly anticipated interview, which will air in Ireland on Monday night.

"RTÉ 2 used to show 'Suits', so its fitting Meghan Markle is back on the channel telling all to Oprah," she said today. "Watch this must see interview next Monday at 9.30pm."

Elsewhere, ITV managed to win the rights to the interview in the UK following a bidding war that reportedly cost the network £1 million.

We're not entirely sure how much RTÉ paid for the prime time special, but seeing as it's bound to be one of the most watched programmes of the year, it's safe to say it's probably worth it.

A new teaser for the interview featuring Meghan was released today, in which the Duchess said that the royal family "perpetuated falsehoods" about herself and Harry. 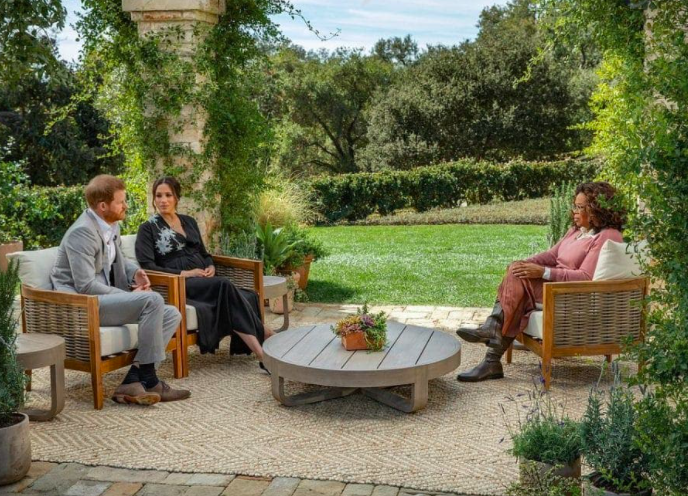 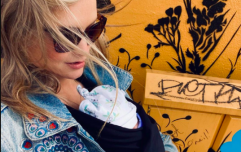 END_OF_DOCUMENT_TOKEN_TO_BE_REPLACED

In this clip, Oprah asks Meghan how she feels about the palace hearing her speak "her truth" today.

Meghan replies: “I don’t know how they could expect that, after all of this time, we would still just be silent if there is an active role that the firm is playing in perpetuating falsehoods about us.

"If that comes with risk of losing things, I mean there is a lot that has been lost already.”

This interview comes just days after Meghan was accused of bullying by a former staff member. The Duchess, who is currently pregnant with her second child, has since said she is "saddened" by the claims.


popular
Six stillbirths linked to Covid-19 in Irish hospitals
Lidl's hanging egg chair is coming back to stores this month
Princess Charlotte doesn't have to bow to the Queen but Prince George does - here's why
Looking for pain relief for you and your children? We've got just the answer
A regal twist: 12 adorable baby names with a royal stamp of approval
Sexy-time: 7 recipes to spice things up in the bedroom (Doctor's orders)
Waking up tired? The 5 houseplants that can help you get a better night's sleep
You may also like
1 week ago
Eamonn Holmes in hospital with chronic pain
1 week ago
Britney Spears "cried for two weeks" after Framing Britney Spears documentary
3 weeks ago
Khloe Kardashian considering surrogate for second child with Tristan Thompson
3 weeks ago
Stacey Solomon: How to make your own watering can garden light
3 weeks ago
Harry and William are apparently texting again
3 weeks ago
Jamie Dornan's father Jim passes away following Covid battle
Next Page