Spice Girls fans? This one is for you.

It's been almost 25 years since we were graced with the masterpiece that is Spiceworld by Spice Girls and as the big anniversary approaches, the girls have some big news.

After Victoria Beckham, Mel B, Mel C, Emma Bunton, and Geri Halliwell jumped onto the scene as the Spice Girls, their second studio album was released in November 1997 and was a huge success.

Debuting at number one in the UK, it stayed there for three weeks as well as reaching the top spot in 13 other countries and in December 1997, the film Spice World was released and only added to Spice Mania.

Posh, Ginger, Baby, Scary and Sporty announced on Tuesday that new and expanded editions of the album are set to be released in November.

Speaking on the exciting anniversary, the Spice Girls said: "The Spiceworld era was such a fun time for us; we’d just had a number one album with Spice, we were travelling all over the world and meeting our amazing fans, we released our second album and we had our very own movie! 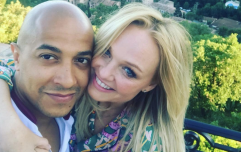 END_OF_DOCUMENT_TOKEN_TO_BE_REPLACED

"Who would’ve thought it? It’s crazy to think that 25 years have passed."

Calling it Spiceworld25, it will still include the original hits like Spice Up Your Life and Viva Forever, but also some unreleased live tracks and their favourite B-sides and bonus tracks.

There will also be the original demo recording of Step To Me, which has been a fan favourite since it was featured on the soundtrack to a 1997 soft drinks ad where fans had to collect 20 pink ring pull tabs from cans to access a four-track "not in the shops ’CD single."

The album will officially be released on November 4th and is available for pre-order now.

popular
People are realising what the red Christmas lights are actually for
Parents told to stop buying selection boxes for kids- here's why
This Netflix Christmas film is being dubbed the perfect rom-com
Samantha Womack reveals she is now cancer-free
Woman gives birth to baby boy and girl less than 12 months apart
"My heart sank": Tubridy hit with backlash over Toy Show remark
Having an Elf on the Shelf can actually be bad for your kids
You may also like
1 year ago
The Spice Girls are in talks about creating a sequel to Spice World movie
2 years ago
Mel C battled eating disorders and depression during Spice Girls years
3 years ago
'Nearly broke me' Spice Girls' Emma Bunton describes struggling to conceive with endometriosis
3 years ago
Victoria Beckham on why she didn't take part in the Spice Girls reunion tour
3 years ago
The Spice Girls 'won't be doing a world tour' after Geri and Mel B fling rumours
3 years ago
It has just been announced that extra tickets are going on sale for the Spice Girls
Next Page