The Tommy Tiernan Show has been extended for another six weeks

The Tommy Tiernan Show has been extended by another six weeks, RTÉ has confirmed.

The wildly popular chat show has seen the comedian interview a whole host of delightful people including Baz Ashmawy, Brian O'Driscoll, Helen Behan, and many more - and now he's set for another month and a half of delectable TV.

The show, now in its fifth series, has proved very popular among audiences, particularly during the pandemic when people are no doubt in the mood for some light entertainment, decent interviews, and great guests.

RTÉ this week confirmed that the Tommy Tiernan Show would be extended by six weeks, leading to much delight among fans who are understandably very much looking forward to a few more Saturday nights in with Tommy. 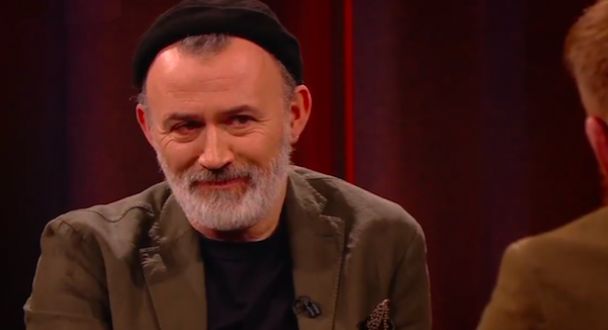 The series was initially supposed to finish on March 6, but will now run a further six weeks until April 17. Tommy will return to the studio to record more episodes - in line with Covid restrictions, of course -  in the coming weeks. 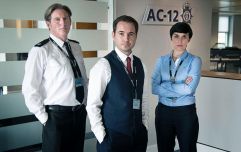 WATCH: The trailer for Line Of Duty season 6 is here

END_OF_DOCUMENT_TOKEN_TO_BE_REPLACED

The identity of guests for upcoming episodes are, as always, going to be kept under wraps until the night of, so you'll simply need to keep tuning in on Saturday nights to see who Tommy's chatting to next.

This series of the show has proven to be incredibly popular with over 400,000 viewers tuning in each week. It's no wonder we're getting another six weeks of it then.

The Tommy Tiernan Show airs Saturday on RTÉ One at 9.50pm.


popular
Six stillbirths linked to Covid-19 in Irish hospitals
New Gynaecology unit at Rotunda Hospital to provide increased access to vital services
Princess Charlotte doesn't have to bow to the Queen but Prince George does - here's why
Can you pronouce these 7 'unique' baby names? They're trickier than you think
Lidl's hanging egg chair is coming back to stores this month
Waking up tired? The 5 houseplants that can help you get a better night's sleep
4 ways to fix hard slime with ingredients you probably already have at home
You may also like
1 month ago
WATCH: The trailer for Pixar's new movie Luca is here
1 month ago
After Life season three to start filming soon, Ricky Gervais confirms
3 months ago
Did you spot this? Bridgerton's Claudia Jessie also starred in Line Of Duty
3 months ago
Tanya Roberts alive despite reports of her death, confirms representative
4 months ago
Actor Ellen Page comes out as trans, changes their name to Elliot
6 months ago
Emma Roberts received a vagina-inspired bouquet at her baby shower and it's absolutely perfect
Next Page