WATCH: The trailer for The Time Traveller's Wife series is here

Tissues at the ready for this one.

The highly-anticipated series The Time Travellers Wife is set to be released next month and we finally have an official trailer.

The six-part series is based on the book of the same name and also became a hugely successful romcom starring Rachel McAdams back in 2009.

Now, we have a brand now rendition of the story starring Rose Leslie and Theo James and it looks incredible.

The show tells the story of involuntary time traveller Henry DeTamble and his wife Clare Abshire, who must constantly fight to stay together as Henry's abilities make things a little complicated.

“Time travel is not a superpower, it’s a disability. It’s what’s wrong with me,” we hear Henry say in the trailer before disappearing into thin air.

In the next clip, he is reunited with his future wife Clare, but he doesn't recognise her - and the pair must spend time getting to know one another all over again.

His unwanted ability often sees him appearing in the wrong place at the wrong time, like in front of an oncoming train - which is bound to keep viewers on the edge of their seats.

Writer and executive producer Steven Moffat described the show as a "thrilling interaction of time travel and a love story".

"It makes the most common phenomenon of a completely happy marriage, interesting again," he continued. 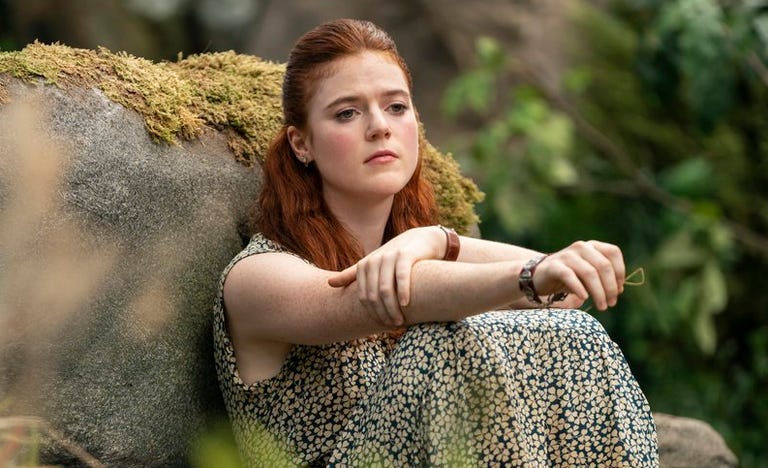 END_OF_DOCUMENT_TOKEN_TO_BE_REPLACED

"Love stories, or love movies, tend to end at the altar. We never do the bit where people are perfectly happy for decades because it seems like a dramatic thing.

"By scrambling it all up and constantly reminding you that love is inextricably linked to loss, which is a cheery thought, you make this very common phenomenon of a happy marriage, thrilling and full of attention and tragedy.”

The Time Traveler's Wife comes to Sky Atlantic and NOW on 15 May.


popular
Multiple people killed in Denmark shopping mall shooting
I tried 'slow parenting' for a year and I'm never going back
Vicky Phelan shares message of support with Charlie Bird as she deals with pain
The finale of The Babymakers had us all in bits last night
Opinion: The obsession with routines and sleep training for babies is weird – and stressful
Say it isn't so: Workin’ Moms’ to end with Season 7
The bodies of three missing children and woman found in Minnesota lake
You may also like
1 day ago
Clever! This is the No.1 reason your child is obsessed with Peppa Pig
1 week ago
Netflix CEO confirms adverts will be added to the streaming service
1 month ago
The Toy Show Musical looking for a young girl to star in lead role
1 month ago
Viewers believe Bluey is a rainbow baby- check out the theory
2 months ago
Derry Girls creator reveals hilarious storyline that never made it into season 3
2 months ago
Parents furious over calls to Americanise TV show Bluey
Next Page