Brooklyn Beckham gets sweet tattoo in honour of his mum, Victoria

He shared a picture of the finished product on Instagram.

Ever since getting his first tattoo, Brooklyn Beckham has been adding to his collection of artwork and many of them are in honour of his family. Yes, the Beckhams are known for being a very close-knit group and Brooklyn's latest tattoo is just further proof of that.

The 18-year-old took to Instagram last night to share a picture of the finished results of his latest tattoo in honour of his mum, Victoria, saying:

“Cheers to this man. Another amazing one.”

Cheers to this man x another amazing one ?. @_dr_woo_

The tattoo on the teen’s arm of a heart with flowers is sweetly wrapped with a ribbon with the word ‘Mum’ written across it.

The new tattoo comes just a week after Brooklyn finished his last, one he dedicated to his dad, David.

The artist behind the work shared a picture of the simplistic piece on his Instagram, saying: 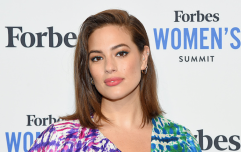 'Life is about to get even better': Ashley Graham is pregnant with her first baby

END_OF_DOCUMENT_TOKEN_TO_BE_REPLACED

His parents have now earned a spot alongside youngest in the family, Harper, who was honoured with a “7” tattoo on Brooklyn’s little finger.

And he hasn’t left his brothers, Romeo and Cruz, out either. Brooklyn has the letters “DVBRCH” on his rib cage, the first initials of all of his family.


popular
River Island has come under fire for selling clothing that 'should not be for children'
Aldi to limit number of Christmas toys customers can purchase
20 Unisex Irish Baby Names That Are Absolutely Magical
No bake Frankenstein Cake Pops to make with the kids over the mid term break
Mask up: 10 super-cute facemasks we have our eye on right now
Can you pronouce these 7 'unique' baby names? They're trickier than you think
The zero carbs, four-ingredient bread that is breaking the internet

You may also like
2 months ago
Ed Sheeran is reportedly expecting a baby with wife Cherry Seaborn
1 year ago
This is the ONE product Blake Lively relies on for her glowing complexion
1 year ago
Emma Louise Connolly reveals her plans for a traditional wedding with a modern twist
1 year ago
Here's how much weight the I'm A Celeb campmates have lost in the jungle
1 year ago
We LOVED Holly's €370 dress on I'm A Celeb last night (and we've found a €30 dupe!)
1 year ago
Harry Redknapp's wife Sandra is seriously missing him while he's on I'm A Celeb
Next Page