'Why can't I have no kids and 3 money?' Ten of our favourite TV dads

One of the biggest TV tropes has always been the TV dad. Usually hard working and downtrodden, he's the everyday hero we love to love.

While there is no end of amazing shows and therefore amazing dads, I would be here all year if I tried to list them all. Instead, I've picked ten of my all-time favourite tv dads, from shows new and old. 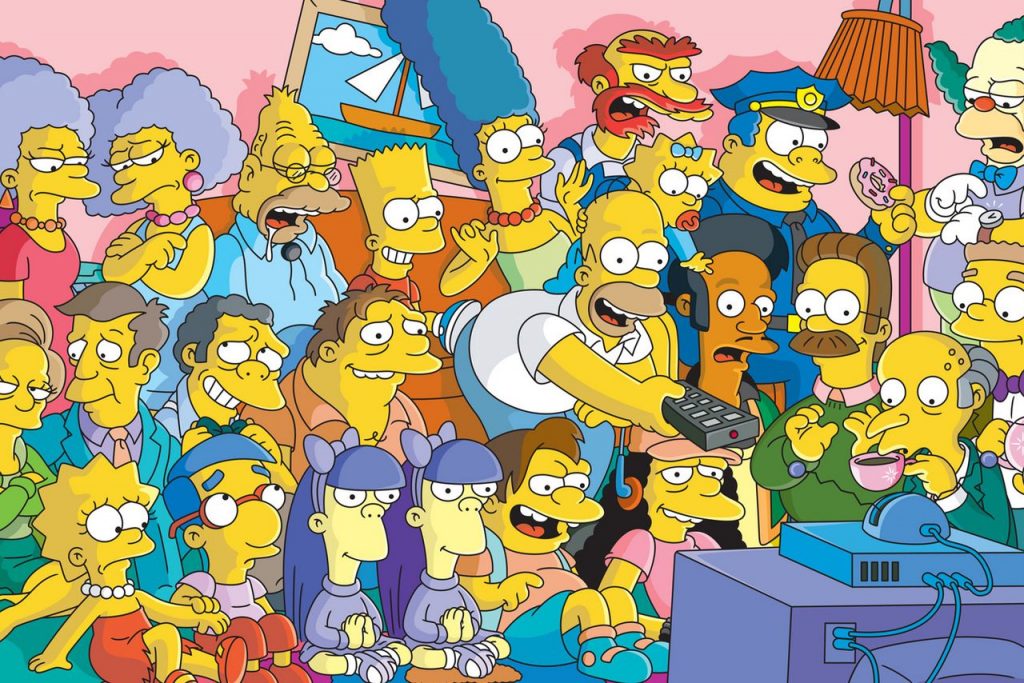 The first TV dad that always comes to mind first for just about everyone is Homer Simpson from The Simpsons.

The Springfield resident and father of three, Homer struggles to find the perfect balance in life and often gets himself into trouble with his boss Mr.Burns and wife Marge.

He may be clumsy and forgetful, but he has a heart of gold and in one episode holds down several jobs just to buy his daughter Lisa a pony.

The straight-shooting That 70s Show dad isn't afraid to tell others, particularly his son Eric just how it is.

Often seen as a hard-ass, Red shows a softer side when he informally adopts Hyde after his mother abandoned him.

He still thinks he's a dumb ass though. 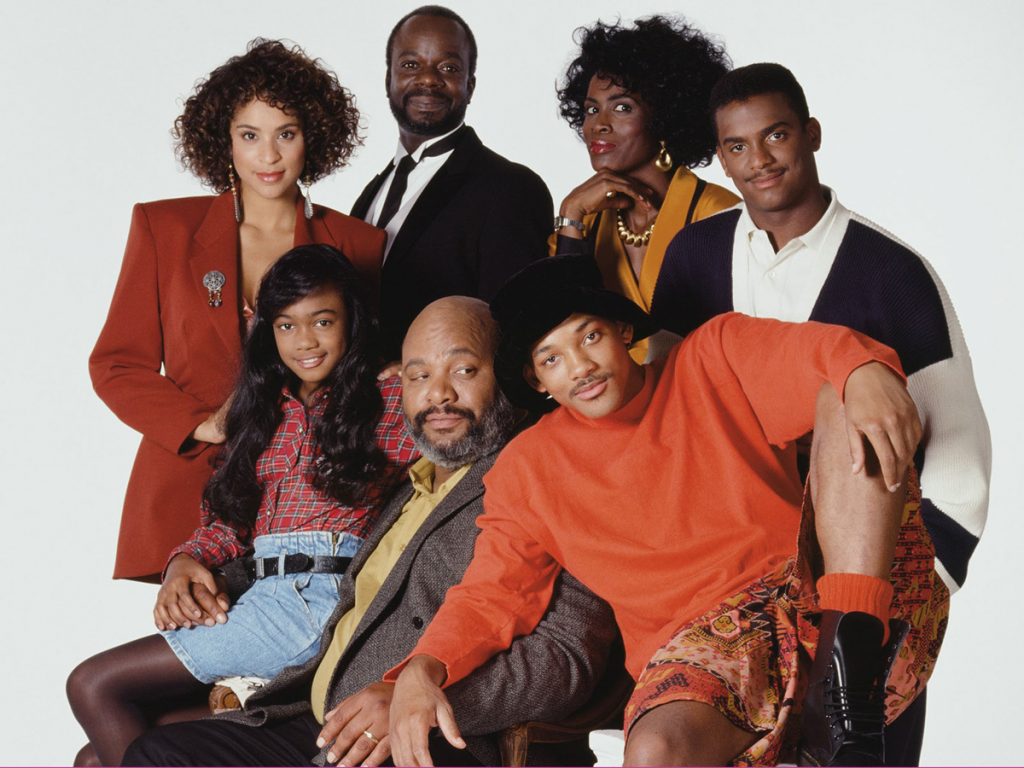 Not to be confused with Dr.Phil, Uncle Phil was one of the most iconic father figures of the 1990s.

When Phil and his wife Viv, take in Viv's nephew Will, in The Fresh Prince of Bel Air, Phil's once quiet life gets a whole lot more interesting.

Though a lot of times exasperating with Will's shenanigans he sees him through times good and bad.

In one tough episode, Phil comforts a broken-hearted Will after his dad, who promised to take him to live with him, abandons him for the second time in his life. 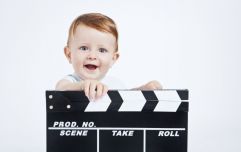 END_OF_DOCUMENT_TOKEN_TO_BE_REPLACED

Tobias is far from the usual father.

The Arrested Development psychiatrist come actor often lets his notions of becoming world famous get in the way of spending time with his daughter, Maeby.

From his ill-fated attempts to join the Blue Man Group to his tragic Fantastic Four inspired musical his acting career is a disaster.

The best has to be when he badly tries to do a Mrs.Doubtfire and pretends to be a housekeeping to get access to his daughter.

Day 5: Favourite Dad- Wayne Fields. Because he was the dad who seemed to care the most (sometimes even a little too much) about his daughter and family. He was such a great dad :'( • And yeah I know I had to post it yesterday but yesterday was such a crazy day uuughhh. Yeah so, I'm sorry for that 🤷🏼‍♀️💗 • Tags #pll #prettylittleliars #plls #prettylittleliarscast #fields #emilyfields #fieldsemily #shaymitchell #mitchellshay #fieldsfamily #wayne #waynefields #pam #pamfields

Decent dads were in short supply on Pretty Little Liars. Most had cheated on their wives or been involved in some kind of fraudulent activity.

Then there is Wayne Fields. 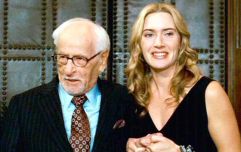 Staying in? Here are three of the best things to watch on telly

END_OF_DOCUMENT_TOKEN_TO_BE_REPLACED

Honourable, considerate and unconditionally loving, Wayne goes above and beyond for his wife and daughter, Emily.

Though a pretty conservative guy, he supports Emily when she tells him she's gay. In one episode he even flies all the way from Texas to Pennsylvania just to take her to a father and daughter dance.

He really is the loveliest.

Nobody quite sums up the downtrodden dad like Al Bundy.

We all know Al from Married... With Children.

He works a thankless job that he hates, he can't get a break from his wife and kids and his neighbours drive him crazy.

Every so often life goes his way but it's few and far between.

Before you ask why Steve is not on the list, unfortunately, he's not actually a dad, we just wish he was.

Jim Hopper the moody, chain-smoking Stranger Things detective in a small town with big problems. One of those problems is a young girl who has been experimented on, and after escaping the lab she was held in, needs a new home.

Having lost his own daughter to illness, Hopper adopts Eleven, later named Jane and proves there's a big heart underneath all those guns.

Hal is a sunny side up kind of guy just trying to get through this thing called life.

The Malcolm in the Middle, father of five, Hal and his wife Lois try their best to keep a roof over their heads without pulling all of their hair out.

Saying that it takes a lot to bring down Hal Wilkerson as we see in season one when he dons his roller skates and shows us all how it's done.

Father of Lorelai and grandfather to Rory, Richard Gilmore is the ultimate pipe-smoking, bowtie-wearing dad. Let's face it without Richard the Gilmore Girls wouldn't have it's Gilmore.

Though he and Lorelai have had their ups and downs, he tirelessly stood up for her and was always there to help when she needed him.

Extremely doting to Rory he even had a painted portrait of her hanging pride of place in his study.

One particularly memorable scene was when he ate the head of Michem Huntzberger after he told Rory to give up pursuing journalism which led to her leaving university. Nobody takes on Richard the Lionheart.

One of the most underrated characters from Friends, Jack Geller, Ross and Monica's dad is comedy gold.

Between him wanting to get in on this 'sundried tomato business' and asking to be buried at sea because he thought the family would be able to make a day of it, it's hard not to love to laugh at Jack.

As well as being hilarious he's also a fantastic dad and grandfather which leads to Monica naming her son, Jack, after him.


popular
The dress that Holly Willoughby wore this morning is getting very mixed reactions
Mum gives birth to twins but finds out later that they have two separate fathers
From In the Night Garden to Mr Tumble, Aldi will have all your child's favourites
Eight parenting milestones that will make you jump for joy (every single time)
Sarah Michelle Gellar says her daughter is her twin but her husband disagrees
10 fantastic ways being a mum totally changes your life
Blogger shares post on what plus-size pregnancy looks like and we love it
You may also like
2 weeks ago
ITV's new crime drama Honour will be the TV show that everyone is talking about this year
2 weeks ago
There's a Golden Girls-themed cruise setting sail next year and we're packing our bags already
3 weeks ago
Corrie fans stunned as Katie McGlynn made a surprise appearance last night
1 month ago
'Goodbye Louise': EastEnders' Tilly Keeper shares tribute as her exit scenes air
1 month ago
Here's the lineup for this week's Graham Norton Show
1 month ago
There's a new period drama from the creator of Downton Abbey on the way
Next Page