Shannon Byrne went viral on TikTok for showcasing her morning routine as a young, homeless mother in Dublin.

Dealing with a global pandemic, trying to keep your family safe and not being able to afford a stable home is the stuff of nightmares. Sadly, it's also the reality for thousands of families living in Ireland today. According to Focus Ireland, the number of homeless families in Ireland has increased by 87% since 2015.

Shannon Byrne currently lives in emergency accommodation in Dublin with her two young children, Poppy and Maisie. She recently shared a video of her daily morning routine on TikTok which quickly went viral. Shannon filmed her entire morning routine, from getting the children up and ready to making the bed and getting breakfast.

Shannon received huge support from people who viewed the video with many commenting how much respect they have for her persevering in such a difficult situation.

Due to the large number of views and comments on her morning routine video, Shannon later followed up with her night time routine. 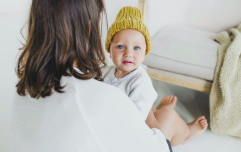 END_OF_DOCUMENT_TOKEN_TO_BE_REPLACED

On the latest episode of Her's Girls With Goals, we caught up with the mother-of-two to find out how she's coping since sharing her story online. We're discussing the massive rent hikes in Dublin which are driving more and more families to emergency accommodation, the support system she has around her and the misconceptions that she faces daily and why, sadly, emigration may be the only feasible way to create a safe environment for her children.

Listen to the full interview below:

popular
5 family members, including parents, sentenced over sexual abuse of children
Woman's suitcase and bank cards stolen as she gives birth in Dublin hospital
Daughter of missing Dublin woman issues heartbreaking plea
Man arrested on suspicion of murder of Ashling Murphy
Sinéad Kennedy won't give "a second thought" to those commenting on post-baby body
Expert says Cocomelon acts "as a drug" to kids' brains
Mass murderer Anders Behring Breivik applies for parole for 2011 killings
You may also like
4 days ago
WATCH: Man tries on pregnancy bump and literally cannot function
1 week ago
Massage instructor shows a simple hack to get your baby to go to sleep
2 weeks ago
Mum called out over "mean" way she stopped her daughter using a dodie
3 weeks ago
Another child has died from the latest TikTok 'challenge'
3 weeks ago
People are divided over this mum's extreme Elf on the Shelf prank
1 month ago
US police to increase school presence today after disturbing threats circulate on TikTok
Next Page