A massive congrats to all involved.

Jamie Dornan and Amelia Warner have welcomed their third child, a baby girl.

Singer and actor Amelia confirmed the news on Mother's Day sharing a photo of three pairs of children's shoes - one of which actively belongs to a newborn.

"So proud of these three glorious girls," she wrote, "it’s an honour being their mummy... feeling incredibly lucky today."

The newborn baby girl is the third child to Jamie and Amelia after five-year-old Dulcie and three-year-old Elva.

The news that they were expecting a third child broke about six months ago, soon after the 50 Shades Of Grey actor confirmed that being a father was the role he takes "most seriously." 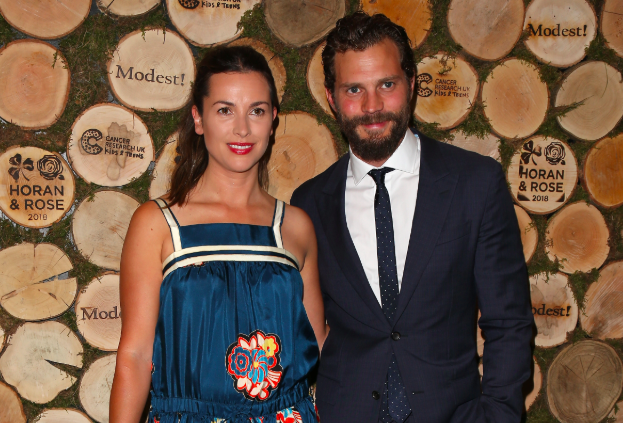 “The madness of getting two tiny people ready for school and nursery every morning is all the fitness you need in a day. When I’m at home, all I am is a husband and father and that is all encompassing.

“It’s the role I take most seriously in life. I love what I do for a living and you can go on meaningful journeys and give a lot of your soul to things – sometimes it touches people in a nice way and sometimes, it’s purely entertainment, job to job."

They live in the Cotswolds, England.


popular
Tom Cruise slated for "inappropriate" behaviour around Kate Middleton
Warning issued to dog owners about the "big stretch"
Musings: 1 in 7 couples prefer sleeping in separate beds and I agree with them
Expert says Cocomelon acts "as a drug" to kids' brains
10 hotels with self catering that are perfect for a family staycation
Teenager dies after hole he digged on the beach collapses
Princess Charlotte's lavish birthday celebrations revealed
You may also like
6 months ago
Jamie Dornan has a problem with Fifty Shades of Grey being seen as a joke
3 years ago
Jamie Dornan and his wife, Amelia Warner, reportedly expecting baby #3
4 years ago
Fifty Shades of Grey author to write another book from Christian's perspective
6 years ago
Jamie Dornan and wife 'expecting second child'
4 months ago
Research finds more expected of working mothers during pandemic
4 months ago
Aunts are as important as mothers when raising daughters, study finds
Next Page