In the England jersey and all, fair play.

New photos of Prince George have been released to mark the future king's sixth birthday and, as you had probably already guess, they're fairly cute.

The pictures were taken by Duchess of Cambridge, Kate Middleton, in the family's Kensington Palace garden.

They show George lying down in the grass wearing an England jersey, smiling and laughing in front of the camera.

Another one of the photos shows the prince in a slightly more serious manner wearing a green polo shirt and starring down the lens intently. 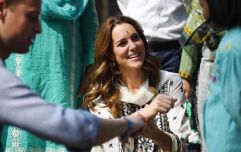 END_OF_DOCUMENT_TOKEN_TO_BE_REPLACED

"The Duke and Duchess of Cambridge are very pleased to share new photographs of Prince George to mark His Royal Highness's sixth birthday.

"This photograph was taken recently in the garden of their home at Kensington Palace by The Duchess of Cambridge.

"Thank you everyone for all your lovely messages!"

This is the sixth year that Prince George has been alive on this earth, and the first that he has exhibited an interest in the popular British sport known as soccer. 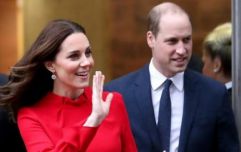 END_OF_DOCUMENT_TOKEN_TO_BE_REPLACED

According to reports, George will spend his all important sixth birthday on an annual family holiday to the island of Mustique.

The private island is known for its white-sand beaches like Macaroni Beach, Pasture Bay Beach and Endeavour Bay Beach.

It's also a no-fly zone which means the royal family can enjoy their time there with no worries of paparazzi interruption.

A source told the Daily Express that the family often travel to the island because it's incredibly discreet.

“It’s about as close as they can come to without going to total wilderness as they did on their honeymoon when they went to an island in the middle of nowhere," they said.

“To go to a place with two bars and a few other people, and not feel totally isolated Mustique is perfect.”


popular
"Just take the picture" – one dad shares beautiful reminder to capture mum in pictures
Prince William and Kate Middleton 'planning a trip to Ireland' in spring
Groom calls his fiancée a 'toddler throwing a tantrum over a sparkly toy' for not wanting to buy a €90 wedding dress
The €15 Dunnes Stores top that we're totally obsessed with at the moment
Mum shares powerful open letter to the plane passenger annoyed by her crying toddler
People are really not liking the outfit that Holly Willoughby wore this morning
Emmerdale 'confirm' when Graham Foster's killer will be revealed
You may also like
18 hours ago
Prince William and Kate Middleton 'planning a trip to Ireland' in spring
2 days ago
Kate Middleton reveals that Prince William doesn't want any more children
3 days ago
Kate Middleton is wearing a sold-out €16 Zara dress today and we just LOVE it
1 week ago
"You are there for women at their most vulnerable:" The Duchess of Cambridge writes open letter to midwives
2 weeks ago
Kate Middleton wants George, Charlotte and Louis to spend more time with their cousin Archie
2 weeks ago
An email Kate Middleton sent to friends before joining the royal family has resurfaced
Next Page