A mum has told how she was left "disappointed" by her midwife - who, she says, "ruined" her gender reveal surprise.

The woman, who already has a son, was left feeling "let down" after she went for an appointment with her midwife just one day after getting an anomaly scan.

She explained on Reddit that she and her partner had decided to have a gender reveal this time around, as they are living closer to family - but that she wanted to be surprised as well.

"It's silly, but I’m disappointed!

"It’s my second and with my first we just had them tell us at the anatomy US.

"This time I’m living closer to family and we decided to have a little gender reveal.

"I wanted to be surprised with everyone else so I didn’t look during the US and had them write it down for me. We were planning a little cupcake reveal for next week.

"I had my midwife appt the day after the anatomy US and I SHOULD have opened the appt with 'I don’t know the gender yet please don’t tell me!'

"But I didn’t realize I would need to do that. I mean why should she assume I know?!

"People decide to be surprised all the time.

"But I guess they put the gender in the report so she just started using pronouns all nonchalant and just like that I found out - it’s (another) boy!" 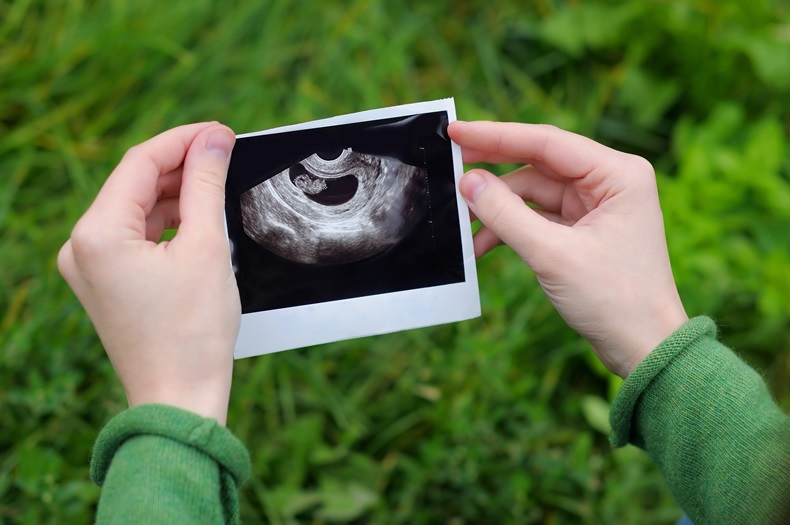 She quickly clarified that it wasn't the gender of the baby that she was disappointed about, but rather the fact that she wanted to find out at the same time as everyone else.

"I love being a mama to a boy, I’m so excited for my first to have a brother and there’s no gender disappointment or anything but I thought it would be fun to find out with everyone else and it was just disappointingly anticlimactic.

"I’m choosing not to tell anyone irl that I’ve had it spoiled, and trying to find a silver lining here of extra bonding with my little boy before anyone else knows and it’s our secret.

"I don’t want anyone to press me to tell them early so I might reveal that I knew after we do the reveal in a week, but I might just keep it to myself. Idk.

"Anyway I’m trying to be fine with it but am I dumb for being kinda sad?" 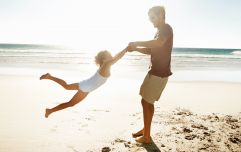 Why you should never, EVER swing a child by the arms – this family learned the hard way

END_OF_DOCUMENT_TOKEN_TO_BE_REPLACED

But several of the commenters - including midwives and Ob/Gyns - said that this information doesn't tend to be put in the ultrasound report.

And that in some cases, midwives will use a gender pronoun interchangeably to avoid saying 'it'.

"I work in the field and often use he/she interchanagably because I hate saying 'it'. I also never know the sex unless the parents tell me.

"It might have just been a conincidence that she used 'he'."

"I agree with this. Some of my midwives used to say things like, 'Now let's see how your little guy is today...do you know what you're having?'

"Sometimes they just use a random pronoun until you tell them the sex."

"I'm also in OB and will often use he or she just because it's weird to call someone else's baby it.

"I never know the sex though if the family doesn't either, although I don't typically read the anatomy scan report, just the write-up of the history from the OB/midwife."


popular
Irish couple whose healthy pregnancy was terminated after incorrect FFA diagnosis settle in court
Britney's not allowed have babies or paint her kitchen — Here's everything you need to know about her conservatorship
Same-sex couple give birth just 13 days apart: "It's like having twins, but from different bodies"
Aldi's new garden collection includes massive waterpark and 14ft rattan pool
9-month-old boy drowns in Father's Day tragedy
Safety expert warns against leaving kids’ bedroom doors ajar at night
HSE calls for cancellation of First Communions and Confirmations due to Delta Variant strain
You may also like
2 hours ago
10 easy 'rainy day' activities that might just save your sanity this summer
4 days ago
Mum confession: Saying goodbye to another school year is bittersweet for parents
4 days ago
It's HERE: The HerFamily ULTIMATE Summer 2021 Family Bucket List
4 days ago
Children can sense when mum is stressed out – and it harms them more than you know
6 days ago
Some things definitely 'not' to do if you've been up all night with the baby
1 week ago
Swim season is back – here's everything a drowning investigator wants parents to know about water safety for their kids
Next Page