Do parents REALLY not have a favourite child?

All that talk of parents not having a favourite? Turns out that might just be a big lie.

We know that mums and dads are constantly stating that they love their kids an equal amount, but either they're lying to their kids, or lying to themselves as well.

A new study published in the online Journal of Consumer Psychology (via Eurekalert), which isn't set to appear in full until January 2018, has found some evidence that seems to indicate whether parents prefer their sons or daughters.

Having asked parents directly, over 90% of them stated that they treat children of different genders equally (that still leaves nearly one in ten parents being bracingly honest, and we'd love to know what they said), it turns out that using a very simple test could show immediately whether the parents had a preference.

Mothers and fathers who have two children - one son and one daughter - were told they would be given a $25 treasury bond and they had to decide which one of their children was to receive it. 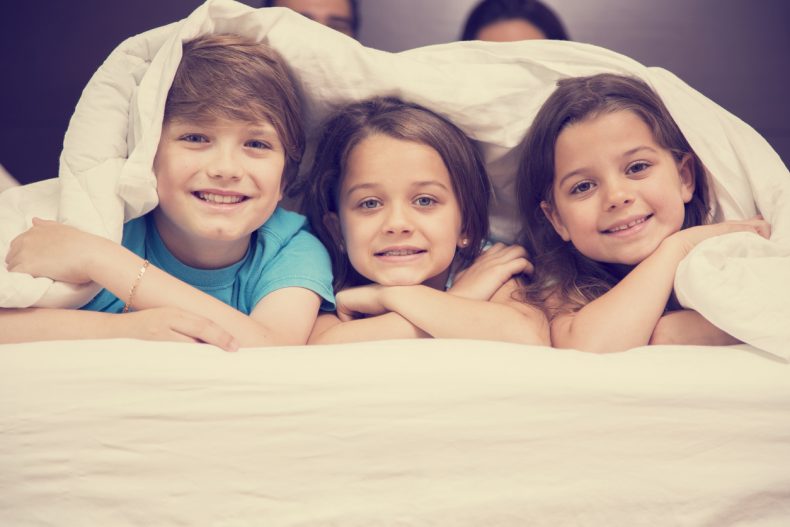 Kristina Durante, a professor of marketing at Rutgers Business School in New Jersey, who helped perform the study, found that the reasoning behind it was very basic-level humanity kinda stuff.

"We found that the effect was very robust in four different experiments and across cultures. The bias toward investing in same-gendered children occurs because women identify more with and see themselves in their daughters, and the same goes for men and sons."

How you use that information is up to you.


popular
Anna Daly launches her cosy chic lifestyle brand, Little Bliss
Graham Norton launches new fizzy rosé just in time for festive season
The beautiful poem that sums up how all brand new mums are feeling right now
The Best Homemade Mincemeat Recipe (You'll Never Buy Supermarket Mince Pies Again)
20 Unisex Irish Baby Names That Are Absolutely Magical
Here's everything we know about the Call the Midwife Christmas special
Adam King is going to be on the Late Late Show tomorrow night
You may also like
3 days ago
Brian McFadden and Danielle Parkinson expecting "miracle" first child together
6 days ago
Hugs 'shouldn't be allowed' when families gather for Christmas festivities
6 days ago
This ingenious hack to clean your washing machine is an absolute game changer
2 weeks ago
This is why maternal grandmothers are especially important to children
4 months ago
Aunts are 'as important as mums' when it comes to raising girls according to parenting expert
4 months ago
The Beckhams have just had a BIG couple of weeks – and they are still so, so in love
Next Page