Puppy dog eyes are real and dogs have evolved to make them so, says study

If you've ever been vaguely near a dog before, you'll be more than aware of their ability to lash out the puppy dog eyes every now and again.

Scold them for being bad? Puppy dog eyes.

Withhold a treat from them? Puppy dog eyes.

Refuse to bring them for their eightieth walk of the day so they can chase the cat they've been eyeing up again?  Puppy dog eyes.

It's constant and it will never end. And yeah, in fairness, we can't really berate them for it either, because it works.

And according to a new study, it works because dogs have evolved that way to ensure they can communicate with us. 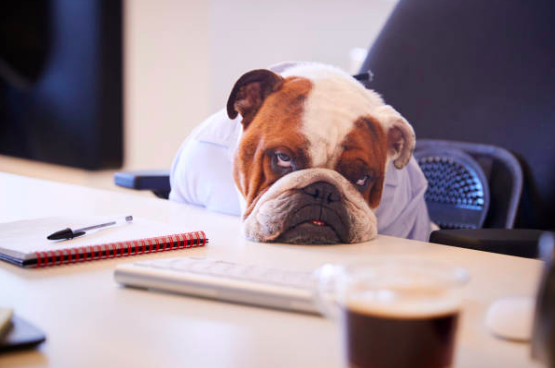 Conducted by the University of Portsmouth, the study showed that dogs have evolved "sad eyes" so they can let us know how they're feeling.

A spokesperson said that dogs faces have changed over thousands of years specifically for the benefit of human connection. 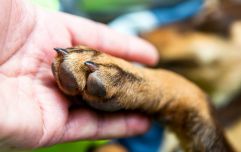 END_OF_DOCUMENT_TOKEN_TO_BE_REPLACED

"Researchers found that the facial musculature of both species was similar, except above the eyes," he said.

"Dogs have a small muscle, which allows them to intensely raise their inner eyebrow, which wolves do not.

"The authors suggest that the inner eyebrow-raising movement triggers a nurturing response in humans because it makes the dogs' eyes appear larger, more infant-like and also resembles a movement humans produce when they are sad."

The research considered the behaviour and anatomy of dogs and wolves, comparing the two to determine the difference between wild and domesticated animals. 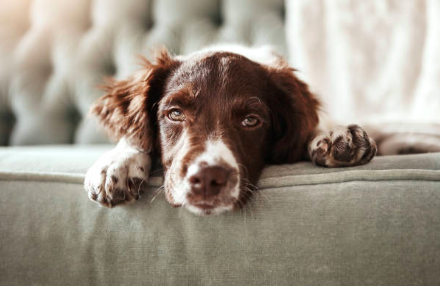 Research lead Dr Juliane Kaminski said that when exposed to humans for two minutes, dogs raised their inner eyebrow more often and at higher intensities than wolves do.

"The findings suggest that expressive eyebrows in dogs may be a result of humans' unconscious preferences that influenced selection during domestication," she said.

"When dogs make the movement, it seems to elicit a strong desire in humans to look after them.

"This would give dogs that move their eyebrows more a selection advantage over others and reinforce the 'puppy dog eyes' trait for future generations."

So the next time your dog makes sad eyes at you, don't feel guilty.

Feel glad that they're communicating with you.


popular
Toddler dies after falling from balcony in New York
Children wearing wrong-sized shoes and pyjamas in daytime as parents cut costs
Expert says Cocomelon acts "as a drug" to kids' brains
Teenagers left in tears after abuse from protesters at Pride event in Mayo
The most natural thing in the world? You've got to be f***ing kidding me
Winning (weird) food combos that pregnancy cravings helped me discover
My teenage step daughter just told me she is pregnant, what do I do?
You may also like
1 month ago
Warning issued to dog owners about the "big stretch"
1 month ago
Dogs Trust shares advice if you are considering surrendering your dog
2 months ago
Pugs and French bulldogs could be banned in UK over health concerns
2 months ago
Got a family pet? Make sure the kids know to keep them away from these Easter things
2 months ago
Dog owners, beware: everything you need to know about 'Alabama rot'
2 months ago
DSPCA appeal to the public to foster new mums and puppies
Next Page