It's all a learning curve.

From their very first moments, to starting school and graduating, we're always learning and adjusting to being parents.

Yes, we all have anxieties and fears, but we also have hopes and dreams for our children.

However, a new study has found that mums think they're better parents than dads... and dads agree.

A new study by YouGov asked 1,000 parents of varying degrees - hetreosexual, homosexual, as well as parents with various parenting styles with children all under 18-years-old - about their parenting techniques.

From the survey, 55 percent of mothers and fathers consider themselves to be good parents, while 13 percent go as far as saying they're 'excellent' parents.

26 percent believe they are 'average' parents. 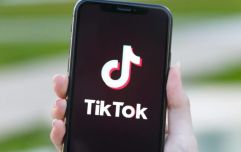 END_OF_DOCUMENT_TOKEN_TO_BE_REPLACED

The survey also asked parents who are raising their child together whether they thought one of them was a better parent than the other.

Do you think the survey adds up?


popular
Hilaria and Alec Baldwin have welcomed baby No. 6 — five months after baby No. 5
Vicky Phelan "hopeful" as she receives first results from new treatment
Raising boys: The beautiful words every boy mum needs to hear
Need some easy-to-follow advice on how to manage your money? Just askpaul
Yes, Meghan is wearing Princess Diana's bracelet during the Oprah interview
WATCH: Honest ad about breastfeeding struggles airs during Golden Globes
Line Of Duty season six to begin on BBC One on March 21
You may also like
1 day ago
Mum confession: The one positive parenting trick I found most useful with my own kids
2 days ago
Raising boys: The beautiful words every boy mum needs to hear
2 days ago
Hillary Duff dyed her hair blue – and the internet immediately mom shames her
3 days ago
Back to school (again): The 15-minute trick that is about to change your hectic mornings
5 days ago
Maths is harder than ever for parents says study – and tell us something we don't know
1 week ago
The internet is loving Princess Eugenie's "very real" first baby pictures
Next Page