All out war: Why two years on, Angelina and Brad's divorce is 'nowhere near settling'

Two years after announcing their separation and impending divorce, Angelina and Brad's divorce is apparently "nowhere near settling".

The couple - one the highest-profile Hollywood pairings of the modern era - were in a relationship for more than a decade and had six children together.

The announcement of the Jolie-Pitt separation in September 2016 came as something of a shock - they had only married in August 2014 following a two-and-a-half year engagement. They became romantically involved in 2005 after meeting on the set of Mr. & Mrs. Smith - a time when Brad was famously still married to Jennifer Aniston.

It also seems - according to TMZ - that the pair are still dragging out the particulars of their divorce, with Angelina in particular "out for blood".

TMZ adds that the divorce is proving so "hard and nasty" that her lawyer is quitting.

The website states: "One source connected to Brad tells us they believe she wants to kill any relationship he has with his kids. We're told there has been a lot of screaming on Angie's part." 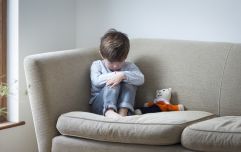 END_OF_DOCUMENT_TOKEN_TO_BE_REPLACED

It also claims Ms Jolie is fuelled with "anger and has gotten ridiculously unreasonable".

Her lawyer, Laura Wasser, has allegedly now explained that things have gotten "too venomous" and that she's bowing out of the situation. Laura's previous clients include Johnny Depp, Ashton Kutcher, Heidi Klum, Ryan Reynolds, and Christina Aguilera.

Angelina has already hired another law firm to take over when Ms Wasser officially leaves, however, the Jolie-Pitt divorce is "nowhere near settling" and remains an "all out war".

The couple has six children aged from 16 to ten; three of them are adopted, and three are their biological children.


popular
Lidl cancels sale of toys, clothes, and Christmas decorations during Level 5
Naughty children make more money as adults, a study has found
Five quirky Irish children's clothing shops that you should check out in 2020
"I want to be a mummy:" Sam Smith on their dream to have children
Gardaí ask public not to spread rumours about unexplained deaths of woman and two children
"It was time to say goodbye:" Chrissy Teigen pens emotive essay following loss of baby Jack
"My heart is shattered:" Jamie Foxx's sister DeOndra Dixon dies, aged 36
You may also like
3 months ago
Co-parenting could get a little easier thanks to this very clever calendar
9 months ago
There's a candle that smells like Freshly Signed Divorce Papers and it's a mood
11 months ago
"Splitting Upward" is the new divorce podcast all single mums need to hear
1 year ago
Busy Phillips says problems with uneven parenting caused her to contemplate divorce
1 year ago
Mum's open letter about how hard co-parenting can be is truly heartbreaking
1 year ago
There's one sign in the early stages of a relationship that could predict divorce
Next Page