A woman who was taken to hospital with what she thought was kidney stones has given birth to triplets.

Dannette Giltz attended the emergency room in a South Dakota hospital on August 10 complaining of a severe pain in her abdomen.

She had had kidney stones before so she presumed that they were the cause of the pain. She was brought to the ER to undergo emergency surgery to have the stones removed, when doctors discovered that she was in labour.

“I started getting pains, I figured it was kidney stones because I’ve went through them before,” she told KOTA-TV.

“You don’t ever see triplets being conceived naturally, let alone going 34 weeks without knowing. So, everyone’s like, I can’t believe it. We’re still in shock, trust me.

“I go to the doctor’s thinking I’ll have surgery for kidney stones and end up going into labour with a c-section that night. It’s crazy.” 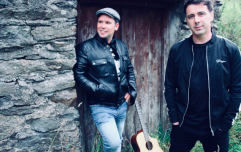 END_OF_DOCUMENT_TOKEN_TO_BE_REPLACED

Doctors originally thought that Giltz was pregnant with twins. It was only when they delivered the first two babies that they realised there was, in fact, a third.

The babies were born that night, each weighing about four pounds. Giltz and her husband Austin named the arrivals Blaze, Gypsy and Nikki.

Friends of the family have since set up a fundraiser in order to raise money to help the pair with their unexpected new children.


popular
The dress that Holly Willoughby wore this morning is getting very mixed reactions
Eight parenting milestones that will make you jump for joy (every single time)
Say hello to the perfect pair of black Chelsea boots, that are just €23 in the New Look sale
Should all Irish schools teach children sign language as an additional language?
Blogger creates 'should mothers have careers' flowchart to major backlash
Parents build two tiny homes on their property for their teenagers to live in
10 fantastic ways being a mum totally changes your life
You may also like
5 days ago
Midterm fun: Your little chefs will love this fun, FREE bake-off at Union Café in Mount Merrion
1 week ago
This week's €17m EuroMillions jackpot ticket was sold in Mayo
1 week ago
Majority of Irish adults want new government to prioritise investment in childcare
2 weeks ago
Garda and Irish Internet Service Providers partner to block websites with child abuse material
2 weeks ago
Met Éireann issue snow/ice weather warning for whole of Ireland
2 weeks ago
Saturday's winning €2.7 million lotto jackpot ticket sold in Carlow
Next Page