"Whatever will be, will be."

Rebel Wilson has again opened up about her struggles with fertility, describing the journey to parenthood as an "emotional rollercoaster."

Speaking to the Daily Telegraph’s Stellar magazine, the actress discussed her recent lifestyle changes and how she has been working on making positive improvements to her mental and physical health.

The 41-year-old shared that the aim of getting pregnant was a huge motivation for her health journey.

“I’ve been going through a fertility journey for the past two years and I’m hoping at some point I may have a family of my own,” she said.

“But it’s still a bit unclear whether that’ll be the case. I feel like (it’s) not over yet. It’s kind of an emotional roller coaster.

“But I’ve been trying my best, so whatever will be, will be.”

The Pitch Perfect star has previously been open about her fertility struggles on social media, which she has thanked for "creating connection" when she was in "a very lonely place." 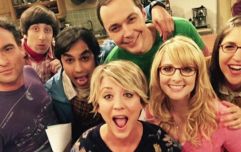 END_OF_DOCUMENT_TOKEN_TO_BE_REPLACED

Last December, Rebel chatted about her decision to freeze her eggs during an Instagram Live.

“As all good career women out there should know, if that’s something that interests you, it’s a pretty good time to do it,” she said during the livestream.

“Getting to 40s is kind of even leaving it a little too late. It’s better to do it a bit earlier if you can.”

Back in May of this year, she opened up further about bad news she received in her journey to parenthood.

“I got some bad news today and didn’t have anyone to share it with... but I guess I gotta tell someone," she wrote on Instagram.

“To all the women out there struggling with fertility, I feel ya. The universe works in mysterious ways and sometimes it all doesn’t make sense... but I hope there’s light about to shine through all the dark clouds.”

Fair play to Rebel for consistently being so open about an issue that so many can relate to and letting others know they're not alone.


popular
Elf on the Shelf is actually pretty bad for your kids, according to an expert
4 ways to fix hard slime with ingredients you probably already have at home
France approves proposed law to criminalise school bullying which could see bullies jailed
Cleo Smith's alleged abductor wins adjournment, delaying his case
12 Elf on the Shelf ideas that your child is bound to love
8 incredibly annoying Christmas gifts that all parents HATE
12 Refreshing Baby Names Inspired By Your Favourite Alcoholic Beverages
You may also like
3 days ago
Alec Baldwin interview: everything the actor said about the Halyna Hutchins shooting
4 days ago
"I faked a whole life": Viewers moved by Christine McGuiness's honesty on autism diagnosis
4 days ago
Alec Baldwin says he "didn't pull the trigger" in first interview since Halyna Hutchins' death
6 days ago
There's honesty: Katie Price says she "hates" her children's dads
6 days ago
Brazilian footballer announces name of baby he's having with ex-wife's niece
1 week ago
Prince Charles denies new claims he was the one who speculated about Archie's skin tone
Next Page