Experts say that having chocolate for breakfast is good for you

It's common knowledge that it's not good for your waistline (or your teeth) to gorge on sweet things first thing in the morning… but it seems, this logic could be flawed.

According to The Telegraph, a new study (which we still can’t quite believe) has found that eating sweet products for breakfast can help with weight loss.

Researchers found that consuming dessert-like foods, such as chocolate cake or cookies, as part of a protein and carb-rich breakfast can actually help to burn calories.

As well as keeping cravings at bay for the rest of the day, it gives your body more time to burn off the pounds and in the morning your metabolism is more active (therefore it's better to eat the items then as opposed to in the evening). 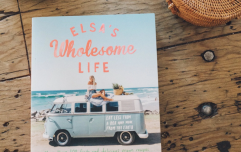 Cutting back on meat? Here are 5 cookbooks I am using to cook for my meat-free family

END_OF_DOCUMENT_TOKEN_TO_BE_REPLACED

Speaking about the findings, which were published in the journal Steroids, Professor Daniela Jakubowicz said: "The group that consumed a bigger breakfast, including dessert, experienced few if any cravings for these foods later in the day."

It seems the low-carb eaters felt less satisfied and full, leading them to cheat on the diet. It was also suggested that those who had something sweet at breakfast are more likely to keep the weight off in the long run.

While we're not suggesting you ditch the bowl of cereal for a slice of cake every morning, it might be worth incorporating something sweet into your first meal if you do find yourself reaching for the chocolate later in the day.

It was also recently discovered that chocolate is good for pregnant women. (For some delicious chocolate recipes, click here!)


popular
This mum's post about dying to send her kids back to school is too funny
Planning your next getaway? Here are 6 fun family activities to try this summer
Musings: I think 'Lawnmower' parenting is damaging for children
Actor Anne Heche rushed to hospital after car crash
Investigation into the discovery of a body of a male, Drumcondra, Dublin
Tasha's dad responds to Jacques' Instagram video
John Legend says he will "never forget" losing baby Jack
You may also like
1 week ago
I swear by Dr. Bronner’s organic baby-mild and honestly it's all you need
3 weeks ago
Toddlers are happier with fewer toys, study finds
4 weeks ago
Summer safety: Here is why you should NEVER drape a blanket over your child's stroller
4 weeks ago
Are we suffering in silence?: How pregnancy and childbirth can affect our bodies
1 month ago
This is why you should never use sunscreen past its expiration date
1 month ago
Mum's warning after young daughter catches sepsis from trying on new shoes
Next Page