Feeling creative? Whip up some Butler's chocolate apple lollipops, sure

What else would you be doing with your evening?

This whole not-leaving-the-house situation has led to an influx of a lot of things.

Baking is one of them, as thousands of people up and down the country take it upon themselves to whip up some delicious treats they otherwise would have had zero interest in creating.

But if you've been overwhelmed by the sheer amount of recipes out there and need a handy jumping off point to start your quarantine baking career, look no further than the below Butler's chocolate apple lollipops.

Cheap, easy to make, and one of your five a day (maybe) the lollipops are so simple to create that you'd be mad to mess them up. Or pass them up, even. 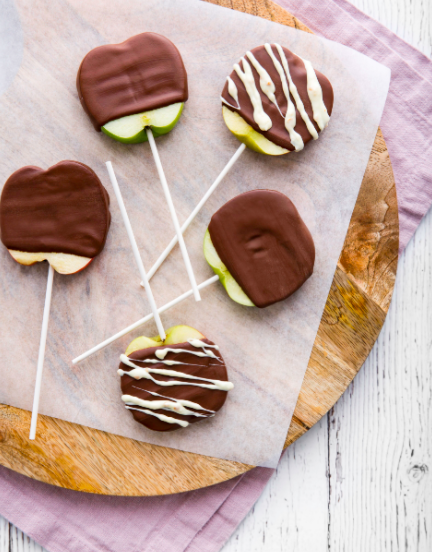 1. Place the chocolate and coconut oil in a small heat-proof bowl in the microwave, and heat in short bursts, stirring in between, until it has mostly melted. 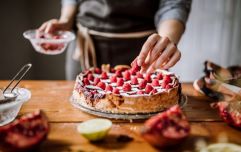 There's a virtual Irish bake off happening for charity this week

END_OF_DOCUMENT_TOKEN_TO_BE_REPLACED

2. Stir until the residual heat has melted the mixture and it’s smooth, then set aside to cool.

3. Place a sheet of parchment paper on a flat baking tray or plate. Cut the apple into 4 or 5 thick slices, then skewer each one with a lollipop stick or bamboo skewer.

4. Holding an apple lollipop by the stick, spoon melted chocolate over both sides of the apple slice and gently tap on the side of the bowl to allow the excess chocolate to run off.

5. Place on the sheet of parchment paper, and repeat with the remaining apple lollipops.

A stunning self isolation treat.


popular
10 reasons why everything is just so much easier with baby number two
Raising boys: The beautiful words every boy mum needs to read
Can you pronouce these 7 'unique' baby names? They're trickier than you think
Kids still got a pesky case of lice with school out? Here's how to fix it
These 5 Foods Could Increase Your Chances of Having Twins
A Child Development Psychologist on The 8 Signs of 'Parental Alienation' And How It Affects Children
20 Unisex Irish Baby Names That Are Absolutely Magical
You may also like
3 days ago
Indoor fun: 3-ingredient rainy-day cookies (and you're WELCOME!)
3 days ago
Wellness: The gut-healing smoothie we should all be starting our days with
5 days ago
Forget whipped coffee – teeny tiny pancakes are the latest quarantine food trend
6 days ago
3 delicious no-bake cookie recipes for when you just need an INSTANT sweet treat
1 week ago
All McDonald's Drive-Thrus to reopen in Ireland on June 4
1 week ago
New drink White Claw Hard Seltzer is launching in Ireland next month
Next Page