This genius trick will keep your bananas ripe for AGES

We found the ultimate banana hack, and we want to share.

Do you regularly buy a bunch of bananas for school lunches but find that they ripen too quickly? We won't allow brown bananas to get the better of us...

According to Lifehacker, if you wrap a piece of plastic cling wrap around the crown of the banana bunch nice and tight, and each time you remove a banana wrap it back up tightly again, the bunch should last three to five days LONGER than expected. 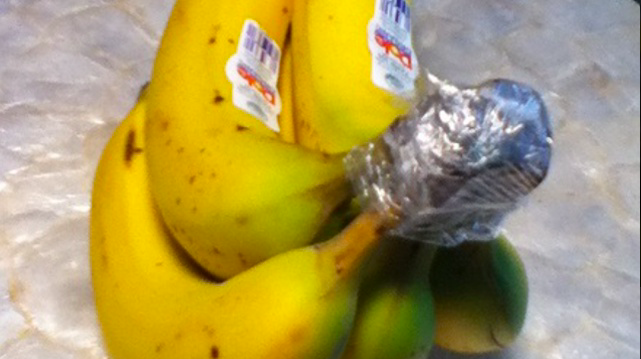 We had to test the theory and it turns out it definitely works, the bananas stayed nice and yellow and they didn't go all gooey brown and gross.

Don't ask us to explain the science behind it - we're not scientists, just banana enthusiasts.

Some people will tell you to break off each individual banana and wrap them in cling film separately but, realistically, who has the time for that?