Hello God, is that you?

Because someone up above is certainly listening to us and our prayers.

Our prayer is that Ben & Jerry's give us more of that delish cookie dough we often dig through the ice cream to find, leaving the rest of the product behind just to get our paws on that tasty dough.

Well NOW... there will be no more diggin'. Ben & Jerry's announced that it's trialling two new products which involve nothing else BUT cookie dough. Hallelujah. 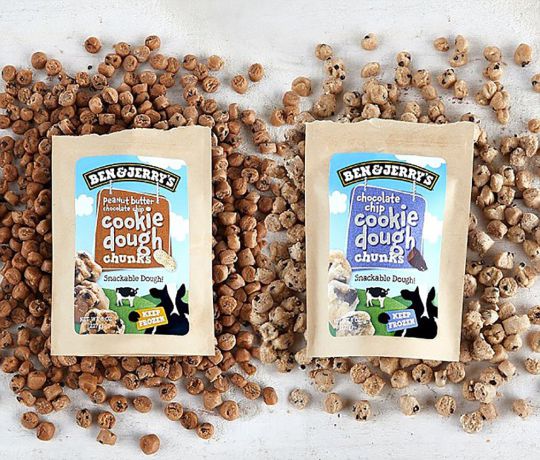 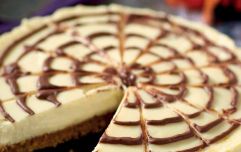 Trick or treat yourself with this Cobweb Cheesecake Recipe

END_OF_DOCUMENT_TOKEN_TO_BE_REPLACED

This news follows last week which was that Ben & Jerry's is replacing the cone, the wafer and the cup for a bagel and slapping some ice cream in the centre to create yep, you guessed it, the "ice cream bagel".

Launching in London next month, the product will be available in two flavours – the Birthday bagel and the Hola cara-moley flavour bagel.

Tempted? We could be too.

popular
It looks like Ireland could get a white Christmas this December
Today FM's Paula MacSweeney welcomes baby boy
Has Molly Mae Hague accidentally revealed her baby's gender?
These baby girl names were used only five times last year
Kelly Osbourne responds to backlash over deciding not to breastfeed
Inbetweeners co-stars Joe Thomas and Hannah Tointon welcome their first child
Parents heartbroken after 23-year-old Irishman is 'killed in action' in Ukraine
You may also like
1 week ago
Bon appétit! 13 food and drink inspired baby names for both boys and girls
2 weeks ago
Krispy Kreme and Jaffa Cakes come together to create limited edition Jaffanut
1 month ago
Health: Nutrition Experts reveal the key nutrients needed for learning
2 months ago
McDonald's increases menu prices due to rising inflation
3 months ago
Musings: If your text messages look like this then you have found 'The One'
3 months ago
Our Foodie Father's Day gift guide is bound to be a winner with any dad
Next Page