This information has just put us off birthday cakes forever

You may want to consider throwing some antibacterial goodies into your party bags from now on... 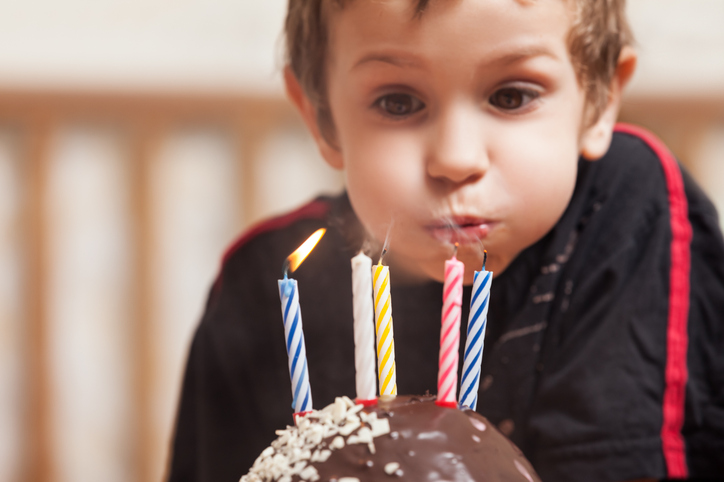 Ever thought about this additional 'topping' on birthday cakes? According to a new study published in the Journal of Food Research, blowing out the candles on a birthday cake leads to a 1,400 percent increase in bacteria on icing. Ewwww.

Professor Paul Dawson, a specialist in food safety and nutrition from Clemson University in the US, conducted the study using artificial styrofoam cakes and replicated their (gross) saliva findings on three occasions.

When the research team compared the icing on two cakes - one where candles were blown out and another where they were not - they found that the icing of the cake with blown-out candles had 1,400 percent more bacteria.

Professor Dawson says he hopes the results will "raise awareness of possible health risks associated with birthday celebrations and encourage others to take steps toward preventing the spread of bacteria."

We're sure the prof is a jolly good fellow but let's not ruin cake by over-thinking this one, eh?

popular
Today FM's Paula MacSweeney welcomes baby boy
Rebekah Vardy asks Coleen Rooney to give legal fees to charity
Expert says Cocomelon acts "as a drug" to kids' brains
Rick Stein's next level recipe will ensure your little ones will never say no to vegetable soup
Hilary Swank, 48, reveals she is pregnant with twins
Kelly Clarkson admitted she spanks her children if they misbehave
Kelly Osbourne responds to backlash over deciding not to breastfeed
You may also like
1 week ago
Bon appétit! 13 food and drink inspired baby names for both boys and girls
3 weeks ago
Krispy Kreme and Jaffa Cakes come together to create limited edition Jaffanut
1 month ago
Health: Nutrition Experts reveal the key nutrients needed for learning
2 months ago
McDonald's increases menu prices due to rising inflation
3 months ago
Musings: If your text messages look like this then you have found 'The One'
3 months ago
Our Foodie Father's Day gift guide is bound to be a winner with any dad
Next Page