Keep Calm... Gin and Tonic Macarons Are a Thing!

Just when you thought a gin and tonic couldn’t sound any more appealing, someone goes and makes Gin and Tonic Macarons.

We came across this recipe on a delightful blog called ‘Bake It Instinct’ which includes an array of delicious recipes including New York Cheesecake (another one of our personal favourites).

But we digress, back to the Gin and Tonic Macarons that make us want to cry because they’re so pretty.

Check out the recipe below and don’t forget to check out where it came from, the ‘Bake It Instinct’ blog.

For a basic buttercream filling (makes enough for 4 lots of macarons):

For gin and tonic buttercream filling (this is the amount of flavour for ¼ of the buttercream above):

1. Put your almonds and icing sugar in a food processor and whizz them together to make sure they are totally mixed and to break down the ground almonds a bit more. Don’t over do this or you will release too much oil from the almonds and make nut butter. A few quick pulses will do the trick.

2. Sift the ground almonds and the icing sugar together, discarding any big bits left in the sieve.

3. Whisk the egg whites for a minute or so and then add the caster sugar bit by bit with the whisk still on until it forms stiff, glossy peaks (still meringue will make much better macarons so stick with it). 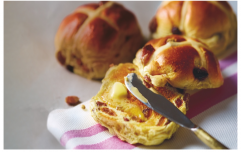 END_OF_DOCUMENT_TOKEN_TO_BE_REPLACED

4. Fold the ground almonds and icing sugar into the meringue mixture one-third at a time. If you are adding colourings, do so right at the start so you don’t have to do additional mixing at the end.  Make sure the dry ingredients are incorporated (there are no lumps or bits of dry stuff at the bottom) and the mixture is smooth, shiny and has reached the ribbon stage – over-mixing will make your mixture wet and it will not make good macarons so if in doubt, under mix! (Under mixed macarons have bumpy tops but still taste good.)

5. Spoon the mixture into a piping bag. Pipe out circles in straight lines across a baking sheet lined with baking paper. Leave a 1cm gap between each macaroon shell. I do this by holding the piping bag vertically to baking tray and piping for the count of three and releasing “one-two-three-release” counting for longer will give you bigger macarons.

6. Rest at room temperature for about 30-60 mins until a skin has formed and the shells are no longer sticky. You can preheat the oven at this point. If you don’t have one already, get an oven thermometer. Ovens are rarely the temperature the dial claims it is and for macarons you need accuracy.

7. Bake in the oven for about 15 minutes at about 150°C – keep the oven door slightly open with a spoon to prevent steam building up in the oven. Every 5 minutes, rotate the tray.

8. After 15 minutes, check the macaroons are cooked by gently lifting a macaroon at the edge of a tray. If the test macaroon does not stick, allow the tray of macaroons to finish cooking on the tray as it cools. Make sure the macarons are cool before filling.

1. Put sugar, golden syrup and water in a medium/heavy bottomed saucepan and stir until totally combined.  Brush the inside of the saucepan with clean water on a damp pastry brush to dislodge any stray grains. Set over high heat and bring to a rapid boil. When the sugar mixture has come to the boil, add a sugar thermometer and keep cooking until it reaches will into soft ball stage, 120°C.

2. Meanwhile put the carefully separated egg whites in the bowl of an electric mixer (with a whisk attachment) and whisk the egg whites to soft peaks – be careful not to over-whisk. Then slowly pour a steady stream of sugar syrup into the egg whites, being careful not to hit the whisk while doing so – I find pouring down the side of the bowl is the easiest way of doing this. Continue whisking until sides of the bowl feel cool. Add the softened butter chunk at a time one by one at a time and whip until fully incorporated and smooth.

3. Take ¾ of the mixture out of the bowl (I freeze it in ¼ mix portions and then defrost in the fridge overnight and re-whip when I need them – if the mix curdles when you do this just keep going, it will eventually come together) Add the flavourings and mix until incorporated.

4. Pipe it into the macaron shells and sandwich together 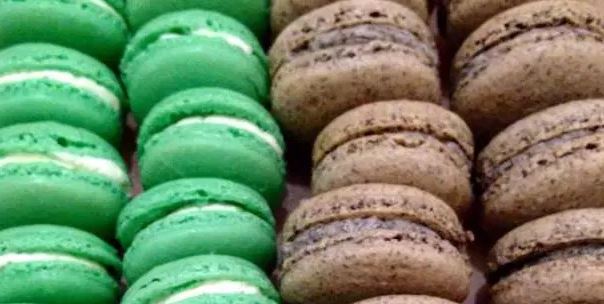 Images via Bake It Instinct.

popular
Budget 2023: Parents will not have to pay for primary school books from next year
Childcare fees to be reduced by up to €170 per month
Coronation Street star Lucy Fallon pregnant after miscarriage heartache
Parents told to prepare for two-year-long creche waiting lists
Breaking is the haunting novel parents need to read this October
Expert says Cocomelon acts "as a drug" to kids' brains
Smyths issues warning to parents ahead of Christmas
You may also like
6 months ago
Japanese soufflé pancakes recipe to try with the kids for Pancake Tuesday
7 months ago
No bake Chocolate Refrigerator Cake recipe that you'll whip up in no time
8 months ago
Food: A yummy Coconut Ice Cream recipe to make with the kids this weekend
8 months ago
Recipe: Broccoli Rabe & Squash Vegetable Lasagne
11 months ago
Trick or treat yourself with this Cobweb Cheesecake Recipe
11 months ago
No bake Frankenstein Cake Pops to make with the kids over the mid term break
Next Page