Would you put THIS new sauce on your BBQ burger?

There's a brand new condiment on the market in time for barbecue season, and it's main ingredient is intriguing to say the least.

Guinness Sauce hits the shelves at Tesco later this month, promising to make a 'smooth and intense' addition to those summer burgers and sausage butties.

Every bottle of the rich black sauce contains seven per cent stout, sourced directly from the famous St James' Gate brewery in Dublin.

It's not the first time Guinness has appeared in a condiment. HP launched a short-lived Guinness sauce in 2011. It was discontinued in 2013, much to the despair of a few hardcore fans. 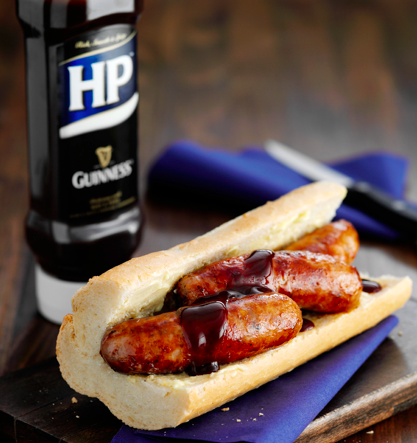 Flavour gurus at Guinness have spent two years working on the new recipe, which can be enjoyed with anything from a fry-up to a steak.

popular
Should pit bulls be banned in Ireland? Parents express concerns after recent attacks
People are realising what the red Christmas lights are actually for
Parents told to stop buying selection boxes for kids- here's why
Woman gives birth to baby boy and girl less than 12 months apart
"Losing a baby is the ultimate loss, but to watch on over a video call is soul destroying"
This Netflix Christmas film is being dubbed the perfect rom-com
Having an Elf on the Shelf can actually be bad for your kids
You may also like
11 months ago
This creative touch could help kids eat more fruit & veg
1 year ago
There's a new Lindt store in Kildare Village and we'll race you there
3 years ago
Recipe alert: This salmon pie is ideal for babies during the later stages of weaning
4 years ago
Krüst Bakery has teamed up with Deliveroo to create a bacon cronut and OMG, drool
4 years ago
YUMMY: Ben & Jerry's is releasing a new cookie dough snack
4 years ago
Yay! Costa Coffee introduces dairy-free coffee and vegan cakes
Next Page