If you've been keeping your fingers crossed for a €1 flight from Ryanair soon, you may be waiting a long time.

CEO Michael O'Leary confirmed that the changes to fares during an interview with BBC Radio 4 on Wednesday (10 August).

"There's no doubt that at the lower end of the marketplace, our really cheap promotional fares - the €1 fares, the 99 cents fares, even the €9.99 fares - I think you will not see those fares for the next number of years," O'Leary said.

O'Leary said that despite the rising costs of fares, that passengers would continue to aim for low-fare airlines for travel.

"We think people will continue to fly frequently," he added.

"But I think people are going to become much more price sensitive and therefore my view of life is that people will trade down in their many millions."

O'Leary cited the war in Ukraine pushing up the prices of fuel worldwide as a major cause for the increase in fares across Ryanair flights. 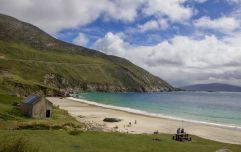 Mayo beach named the best place to swim in Ireland

END_OF_DOCUMENT_TOKEN_TO_BE_REPLACED

Ryanair has also said it expects no disruptions to its flights in August or September as a result of strikes by two cabin crew unions in Spain.

Last month, the unions SITCPLA and USO stated that their members will strike from Monday to Thursday weekly from 8 August, 2022 until 7 January, 2023.

Among their demands are better working conditions and higher pay for staff.

However, Ryanair has said it does not forecast the planned strikes impacting its 3,000 daily flights scheduled for August and September.

In a statement on Tuesday (9 August), the airline described SITCPLA and USO as two "minority cabin crew unions", adding that it has already concluded a labour agreement with the CCOO, the main Spanish cabin crew union.

popular
Bride asks for divorce day after wedding following groom's disrespectful cake stunt
Police believe they know what happened to missing dog walker Nicola Bulley
Entrepreneur schoolboy has made £1,000 from selling sweets
Students given £500 after uni was unable to give them their degree certificates at graduation
Couple decide to live on cruise ship permanently after finding it's cheaper than paying mortgage
Molly-Mae's nursery leads to spike in demands for replicas
Bachelor Nation star Sarah Herron's baby passes away shortly after birth
You may also like
1 week ago
Three injured after fight breaks out at refugee centre in Dublin
1 month ago
Covid booster vaccine now available to everyone aged 18 to 49
1 month ago
Charity helped "several" homeless newborn babies in Dublin last year
1 month ago
CMO confirms death of child in Ireland from invasive Strep A
2 months ago
Boy seriously injured after alleged dog attack in Wexford
2 months ago
"Enhanced x-ray technology" being trailled at Dublin Airport could lead to removal of 100ml liquid rule
Next Page