Coronation Street's Bernie Winter is reportedly going to try and kill Kel Hinchley after finding proof he abused her son, Paul, when he was a child.

Kel arrived in Weatherfield in September, as Corrie began to explore a historic sexual abuse storyline.

Viewers discovered that Paul Foreman had been groomed and sexually abused by Kel - who had been his stepfather when he was a teenager.

According to The Sun, Paul decides to tell his mum what happened when he was younger. And while Bernie refuses to believe him at first, she soon finds evidence that leads her to the horrifying truth.

An insider told the publication that "all hell will break loose" when the truth comes out. 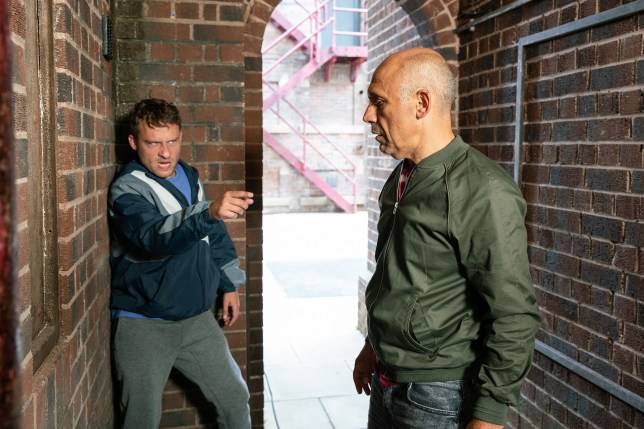 "With Paul's words ringing in her ears she starts to search for anything that will put her mind at rest and discovers a box of pictures that Kel he took of Paul.

"Bernie realises immediately Paul was telling the truth and she flies into a fury.

"She goes into a violent rage and tries and kill Kel by beating him up with a stool for what he has done to her son and family.

"They're going to be explosive scenes that show what Jane can do with such big stories."

It comes as Joe Alessi, who plays Kel, recently said his time on the show was "finite" and that he would never be a regular on Corrie.

"I don't know, I have no idea [how long he will be in Weatherfield for].

"The character I'm playing, it's finite. I'm never going to be a regular on Coronation Street, that's for sure. My role will come to an end at some point."


popular
Unstructured play is vital for kids, so we need to stop entertaining them
Brad Pitt's response to the drama over his reunion with Jennifer Aniston is interesting, to say the least
The ironing hack that's about to make your everyday life so much easier
The most popular baby names in the world have been revealed
Angelina Jolie 'doesn't care' about Brad and Jen's reunion - and unfortunately, she's the only one
Expecting a baby boy? 10 short and sweet names that are actually really cool
The gorgeous floral Penneys dress you'll want to pick up before it completely sells out
You may also like
13 hours ago
Domestic abuse shouldn't be a 'marginal issue' for #GE2020, says charity
16 hours ago
Mother of four who died after giving birth becomes 'one in a million' organ donor
1 week ago
Nóra Quoirin's parents will be on The Late Late Show this week
1 week ago
Dunnes introduce a new range of clothing for children with additional needs
2 weeks ago
The Late Late Show's tribute to Marian Finucane was extremely emotional
3 weeks ago
There will be a tribute to Marian Finucane on tonight's Late Late Show
Next Page