Peter Casey sat down with Ryan Tubridy two weeks ago.

And now, Peter has slammed Ryan for being "unprofessional" and "rude". The former presidential candidate has also questioned the presenter's "huge" salary.

Peter appeared on the Late Late Show on November 2, and RTÉ confirmed to The Sun: “RTÉ has received 353 complaints, and 67 emails and 95 calls giving feedback on last week’s Late Late Show, specifically the Peter Casey interview.”

It further stated: “Complaints are of their nature confidential; it’s not something we would comment on.” 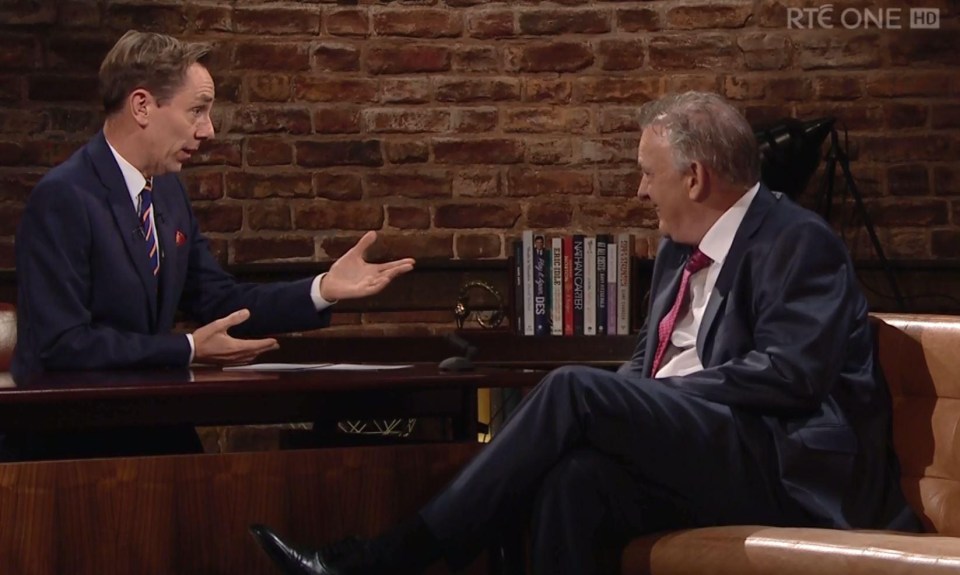 After Mr. Casey sat down with Ryan, he said of him: “He was rude, and there was no need to be rude. He was deceitful.

“We agreed the format and that I was going to get across the point that I am absolutely not a racist. I don’t believe that Travellers are of a different race, so how can I be racist? He was disingenuous.

END_OF_DOCUMENT_TOKEN_TO_BE_REPLACED

“He sat down in the Green Room and we agreed a certain allocation of time. And he basically lied.

“He said he would keep a firm control on it so again he lied or was incompetent.

“He said he wanted to talk about the Travellers and I said ‘Absolutely’ and ‘I am more than happy to answer any questions they have’.

“And the person didn’t ask questions, she just stood up and made a long prepared statement. He was rude and unprofessional.


popular
"Just take the picture" – one dad shares beautiful reminder to capture mum in pictures
Kate Middleton reveals that Prince William doesn't want any more children
Emmerdale 'confirm' when Graham Foster's killer will be revealed
Groom calls his fiancée a 'toddler throwing a tantrum over a sparkly toy' for not wanting to buy a €90 wedding dress
The €15 Dunnes Stores top that we're totally obsessed with at the moment
Prince William and Kate Middleton 'planning a trip to Ireland' in spring
6 vey weird pregnancy tests from olden times
You may also like
2 weeks ago
The Late Late Show's tribute to Marian Finucane was extremely emotional
3 weeks ago
Staying in? RTÉ is showing the very steamy 50 Shades of Grey tonight
1 month ago
The Late Late Toy Show was the most-watched Irish TV programme this year
3 months ago
This week's Late Late Show boasts top Irish and international guests
3 months ago
RTÉ's Pulling With My Parents airs tonight and it makes for hilarious viewing
4 months ago
RTÉ is looking for young people to take part in a climate change assembly in the Dáil
Next Page