And with July just around the corner, Netflix have unveiled the list of what's going to be arriving next month.

And it looks like there are going to be plenty of binge-worthy options added to the streaming service in the next few weeks.

Have a look at a whole host of new TV shows, movies, comedy and more coming to Netflix in July.

A complicated, one-sided secret attraction sends ripples through the lives of a mild-mannered student and her dashing classmate.

From rabid rats and Soviet espionage to New Coke and a brand-new mall, it's the summer of 1985 in Hawkins ... and big changes are afoot. 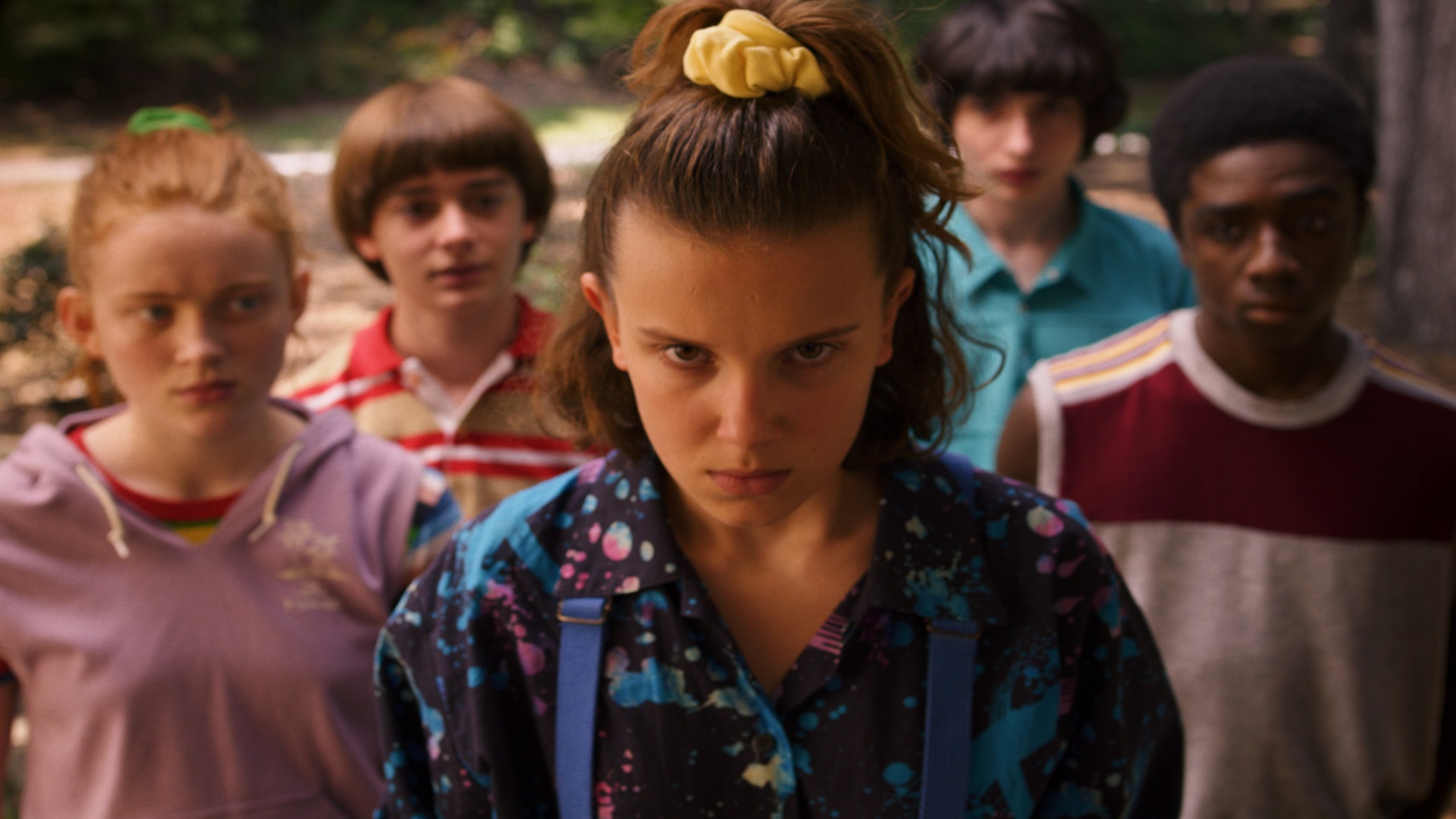 You Me Her: Season 4

After tying the knot in a commitment ceremony, Emma, Jack and Izzy negotiate suburban life on the road toward parenthood.

As Martin adjusts to life with a new partner and a baby, Lisa and Patrik grapple with difficult news, and Katja reconnects with an old flame.

An engaged twosome take their love on the road and test their commitment as they explore eight cultures' marriage traditions in the span of one year.

Typewriter is about a haunted house and a haunted book that stir the imagination of a group of young, wannabe ghost hunters, and a dog, determined to capture the ghost that plagues the notorious home in their neighbourhood in Goa. When a new family and their captivating daughter move into the haunted home, the crew finds it difficult to balance the demands of school and chores with the renewed urgency to capture the neighbourhood ghost before it is too late. 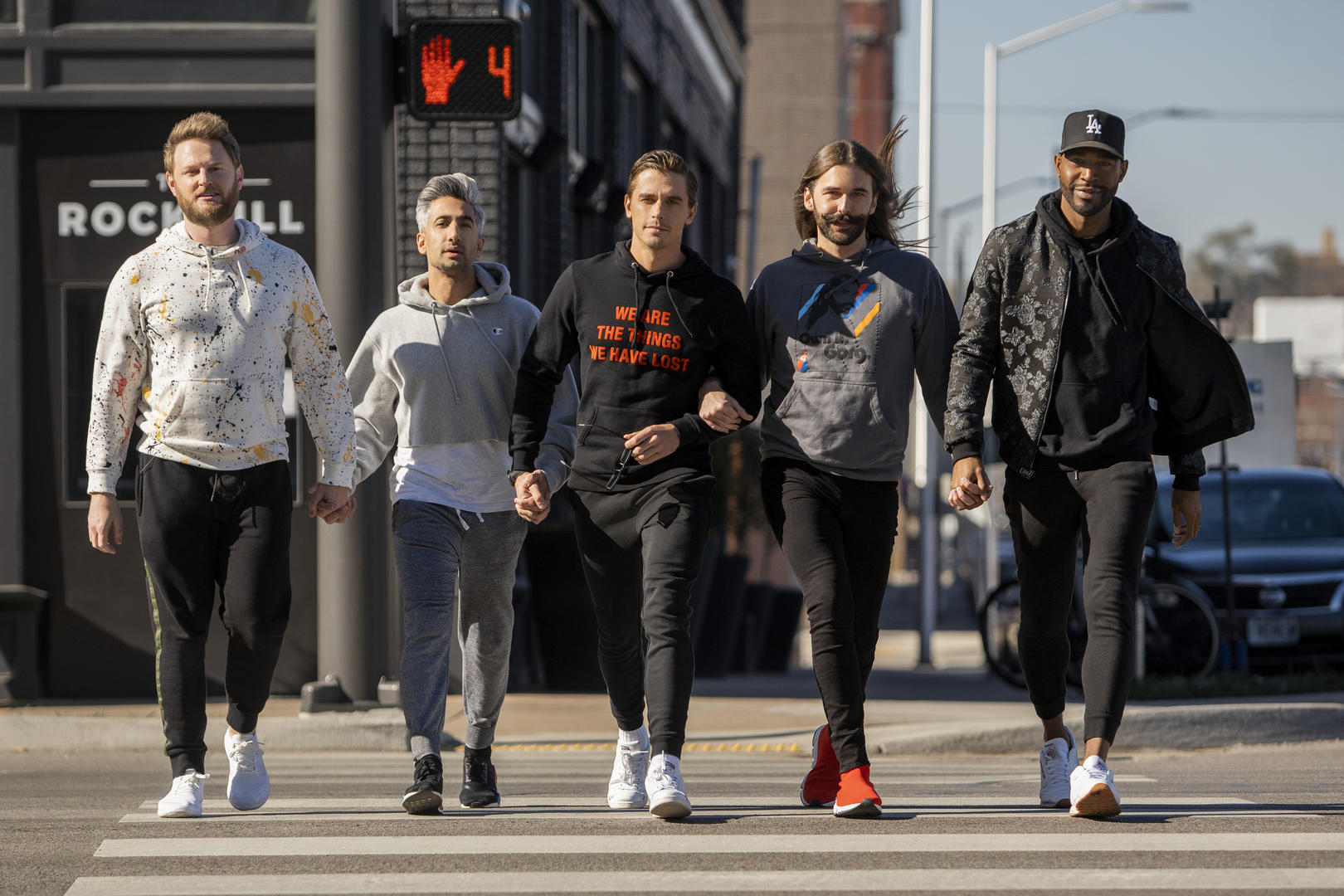 The Fab Five are back in Kansas City, Missouri! Join Antoni, Bobby, Jonathan, Karamo and Tan for a new group of inspirational heroes, jaw-dropping makeovers and tons of happy tears!

Kate, Frankie, Anne and, now, Ian grow up alongside their kids as they juggle toddlers, aging, work-life balance and tough relationship issues.

Another Life centers on astronaut Niko Breckinridge (Katee Sackhoff) who is focused on searching for alien intelligence. She leads a crew on a mission to explore the genesis of an alien artifact. As Niko and her young crew investigate, they face unimaginable danger on what might very well be a one-way mission. (MC)

Orange Is the New Black: Season 7

A privileged New Yorker ends up in a women's prison when a past crime catches up with her in this Emmy-winning series from the creator of "Weeds."

Time's the most important ingredient as teams race against the clock -- and each other -- to bake up the best-tasting sweets. 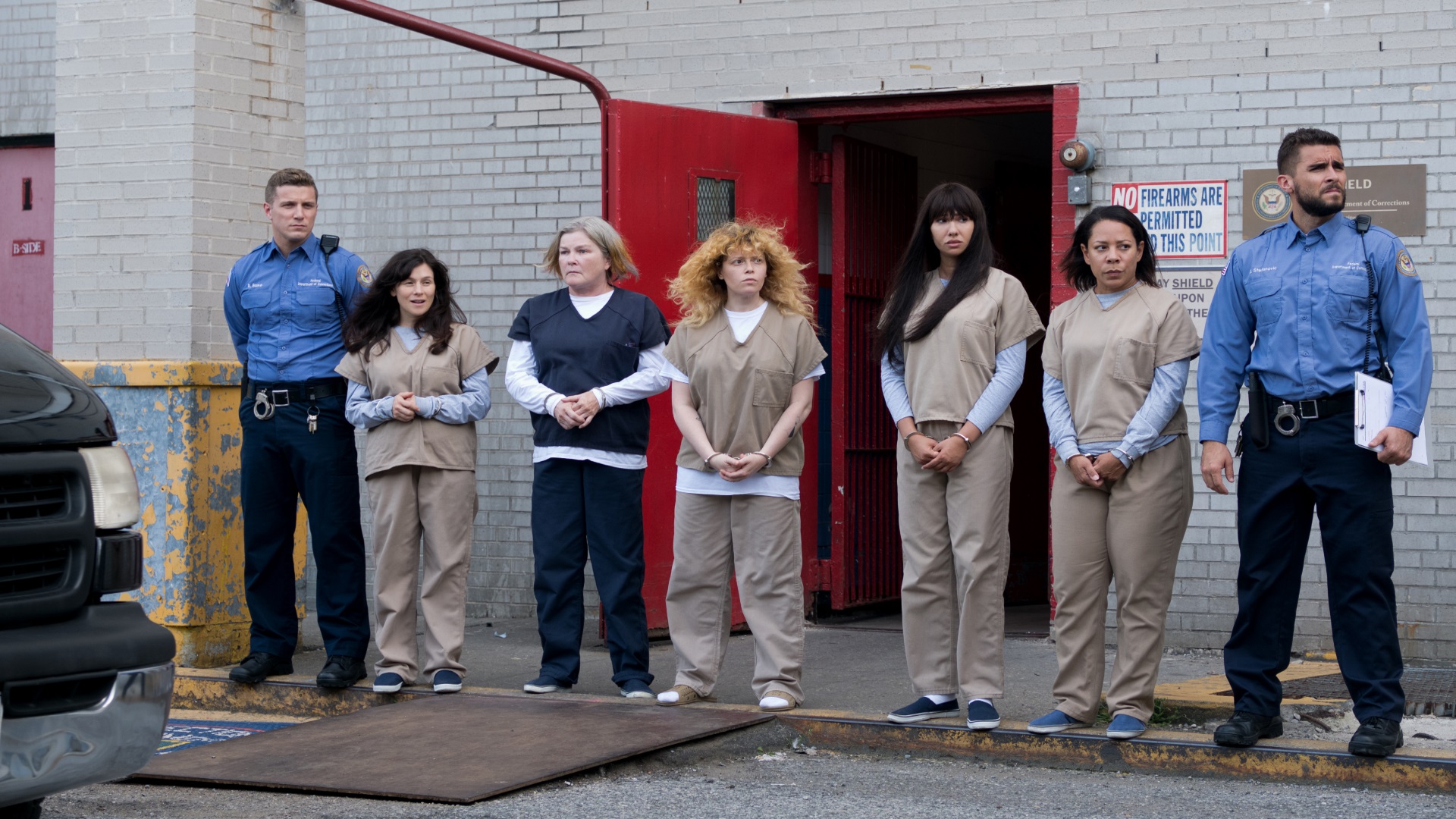 ORANGE IS THE NEW BLACK 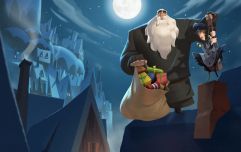 'Absolutely not': Director of Netflix's Klaus on why there won't be a sequel to the movie

END_OF_DOCUMENT_TOKEN_TO_BE_REPLACED

Inspired by remarkable true life rescue missions, THE RED SEA DIVING RESORT is the incredible story of a group of international agents and brave Ethiopians who in the early 80s used a deserted holiday retreat in Sudan as a front to smuggle thousands of refugees to Israel. The undercover team carrying out this mission is led by the charismatic Ari Kidron (Chris Evans) and courageous local Kabede Bimro (Michael Kenneth Williams). The prestigious cast also includes Haley Bennett, Alessandro Nivola, Michiel Huisman, Chris Chalk, Greg Kinnear and Ben Kingsley.

Snatched off the street and held for ransom, a bound and gagged woman uses her limited powers to derail her two masked abductors' carefully laid plans.

In a dystopian tale unfolding in reverse chronology, a man with a complicated past takes revenge on the individuals who wronged him decades ago. 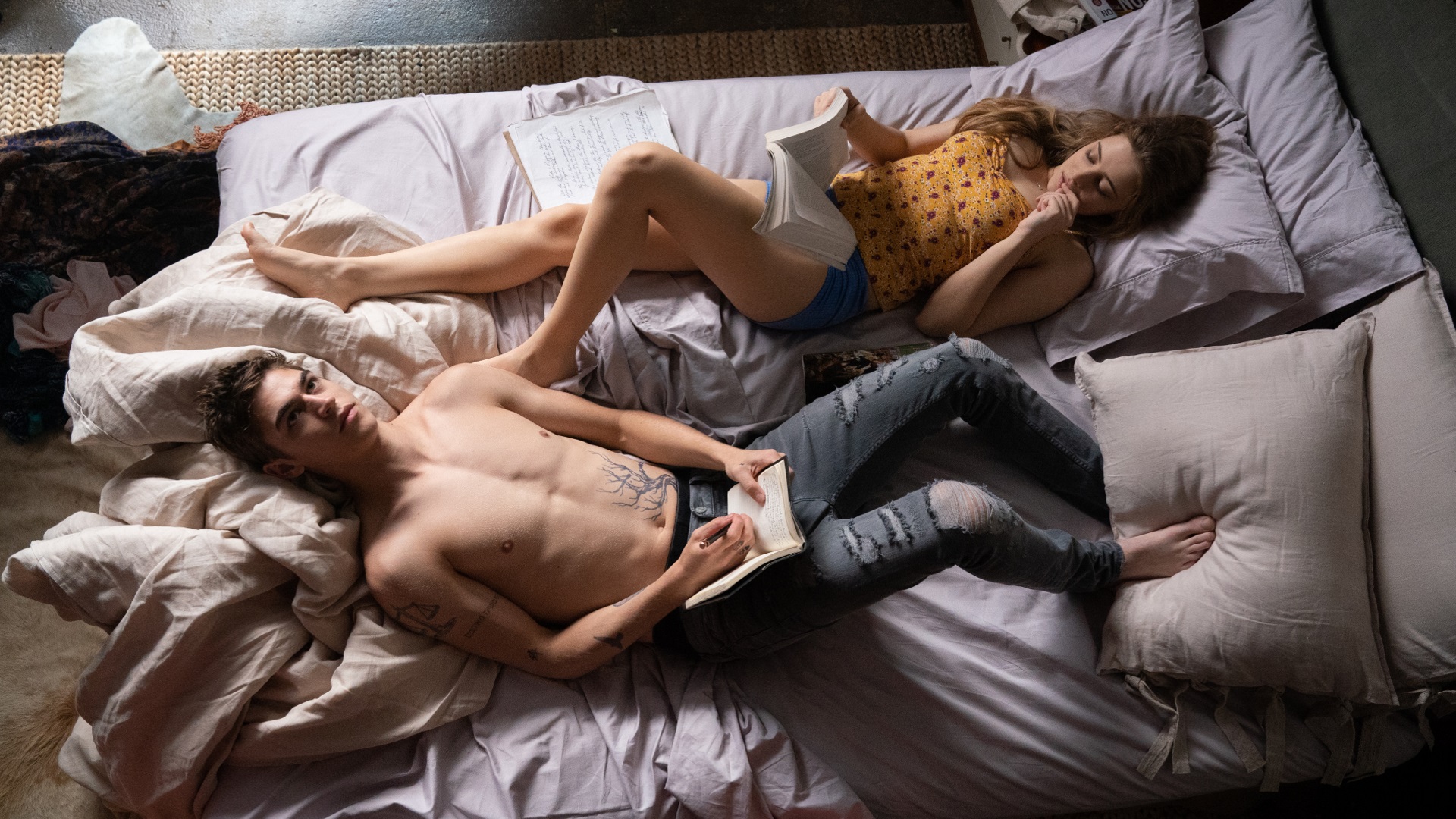 To save his pregnant wife, an emergency room nurse teams up with an injured murder suspect in a race against time, rival criminals and renegade cops.

In this uplifting comedy, life in a retirement community is anything but retiring for a group of young-at-heart senior ladies who decide to pull out the pom-poms and form a cheerleading squad.

When Tessa Young heads for college, she largely has her life planned out. But a late-night encounter with a brooding, tattooed British student sparks a sexual awakening and a journey of self-discovery.

Recuperating from trauma, Jennifer (Brenda Song) remains in danger as she returns to a life she doesn’t remember. 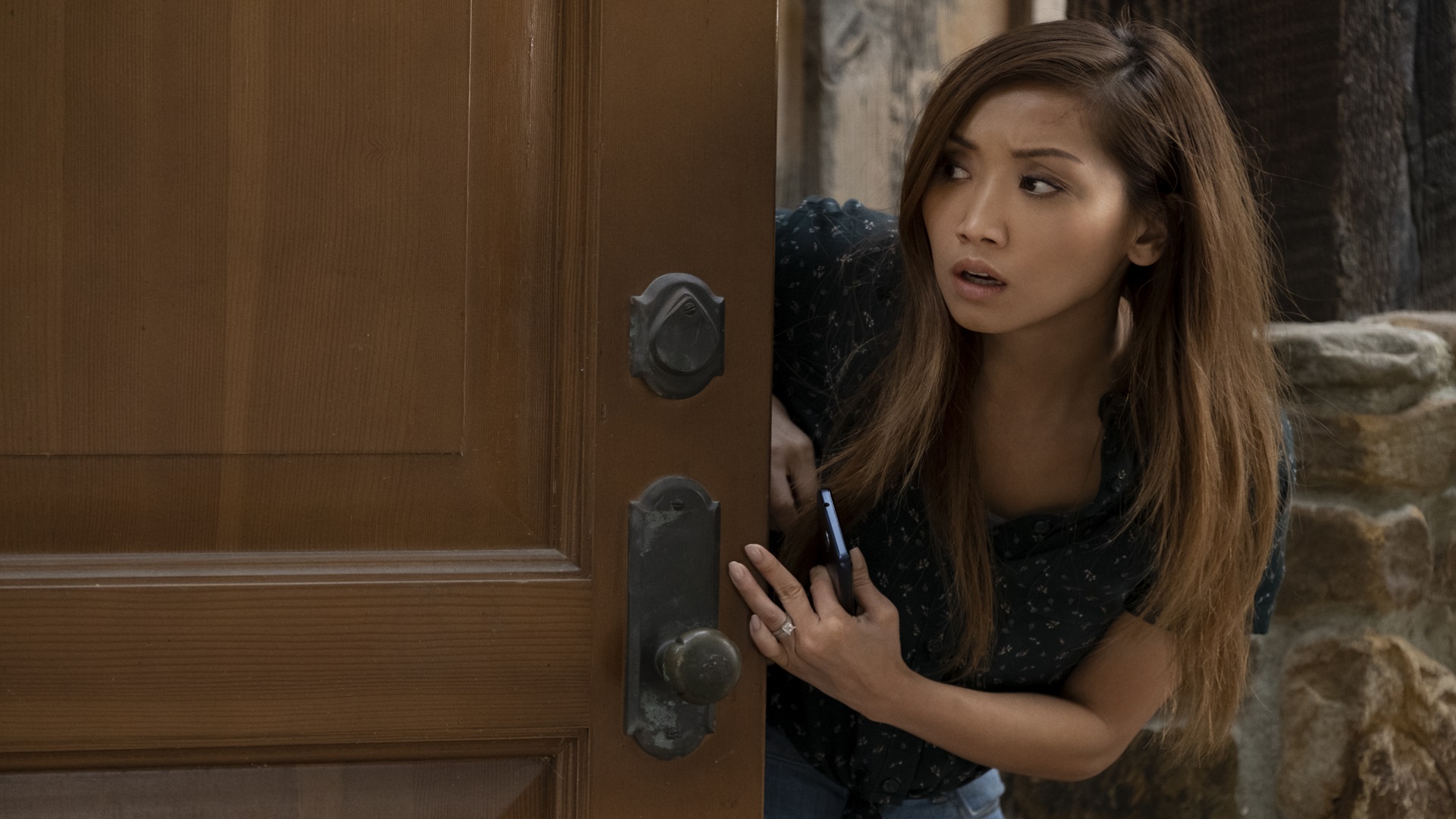 Everyone's favorite single mom is back with her second Netflix original stand-up special Katherine Ryan: Glitter Room, launching globally on July 1. A follow-up to her 2017 special In Trouble, Katherine toured Glitter Room across the UK with an unprecedented four-week run at London’s Garrick Theatre in the West End. After dividing The Belasco Theater audience on their love or dislike of the Kardashians, Katherine showcases her skillful and hilarious storytelling style with tales about following a man to Japan and meeting her daughter's first celebrity crush, Anna Kendrick.

In this new mockumentary, join "Stranger Things" actor David Harbour as he uncovers lost footage from his father's televised stage play, Frankenstein’s Monster’s Monster, Frankenstein. Expect the unexpected in this over-the-top and often dramatic(ish) reimagined tale of mystery and suspense . With appearances by Alfred Molina, Kate Berlant, and more special guests, Harbour explores the depths of his family's acting lineage to gain insight into his father's legacy - all in 28-minutes. Directed by Daniel Gray Longino ("Kroll Show" and "PEN15") and written by John Levenstein ("Arrested Development" and "Kroll Show"), Frankenstein’s Monster’s Monster, Frankenstein launches globally on Netflix on July 16, 2019.

Whitney Cummings: Can I Touch It?

Multi-hyphenate comedian, Whitney Cummings, makes her Netflix debut with her 4th stand-up special, Whitney Cummings: Can I Touch It? Filmed at the Sidney Harmon Hall in her hometown, Washington, DC. Cummings’ signature incisive commentary on gender dynamics is more relevant than ever. Do women need to wear service vests instead of “Rosé All Day” t-shirts? Are their nicknames for each other hurting the cause? Now that people are actually listening what should women change? How are men holding up with all the “new” rules they have to follow now? Tune in for Whitney’s take on everything including why we should give sex robots a chance. The special will launch globally on Netflix on July 30, 2019. 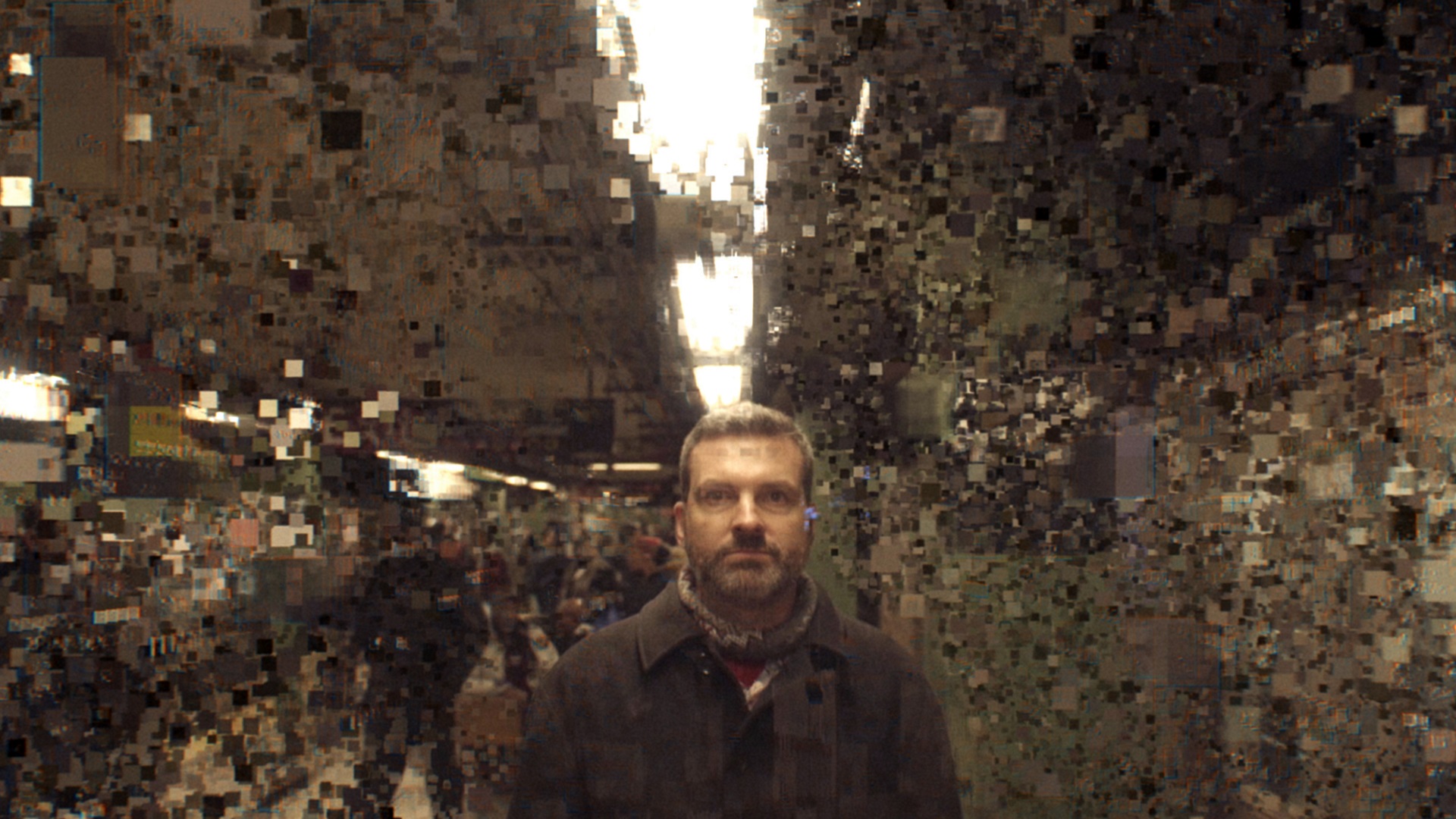 Get an in-depth look at Parchís, the 1980s kids’ band from Spain, through interviews with ex-members and other insiders, concert footage and more.

A tribute to the mighty taco: its history, significance in Mexico, global appeal and varieties: pastor, carnitas, canasta, asada, barbacoa and guisados.

Netflix’s critically acclaimed, Emmy-nominated series Last Chance U returns to give viewers an intense, unfiltered look at the junior college football program at Independence Community College (ICC). Entering his third season with ICC and second season on Last Chance U, Coach Brown has assembled a team that looks sure to compete for a national championship, but a disastrous season on the field puts a spotlight on all of the ugliness of college football that winning tends to polish over. With some new and returning faces, this season captures the Pirates fall from grace that leaves the coaches and the town looking for change.

Explore how a data company named Cambridge Analytica came to symbolize the dark side of social media in the wake of the 2016 presidential election.


popular
The most popular baby names in the world have been revealed
Unstructured play is vital for kids, so we need to stop entertaining them
The ironing hack that's about to make your everyday life so much easier
Angelina Jolie 'doesn't care' about Brad and Jen's reunion - and unfortunately, she's the only one
Mum shares photo of 7-year-old in car seat to remind parents of car safety
Penneys is selling the cosiest grey jumper for just €12, and we need it
Mum switches off WiFi every time her husband 'camps' in bathroom to avoid helping with newborn twins
You may also like
6 days ago
Tell the kids! the Minions movie is hitting Netflix just in time for the weekend
4 weeks ago
10 Christmas movies to watch on Netflix for the day that's in it
1 month ago
It looks like Season 2 of You is going to be even "darker" than the first
1 month ago
Here are all the new additions coming to Netflix in January
1 month ago
We officially have an air date for the third season of Chilling Adventures of Sabrina
6 days ago
Modern Family star Norma Michaels has passed away at the age of 95
Next Page