Ant and Dec have begun filming for this year's I'm A Celebrity, Get Me Out Of Here.

With four months until it returns in November, the TV duo have shot part of a promo for the series.

It sees them battling the elements in a tiny boat as they make their way to Australia.

It was a big production, according to an insider, but the show's bosses wanted to make a splash for Ant's I'm A Celeb return.

He'll be back presenting alongside Dec this November following Holly Willoughby's stint as co-host last year.

“It’s a big and very expensive set-up with masses of special effects, but they wanted it to be right — especially for Ant’s return," the source told The Sun.

“Holly was a fantastic stand-in and Dec enjoyed having her with him in Australia very much, but she always said it was a one-off.

"Ant is a huge part of the success of the series so everyone on the team was looking forward to working with him again.”

Ant took a break from the show in 2018 to deal with addiction issues. 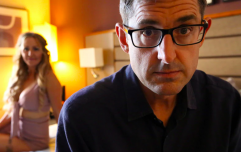 END_OF_DOCUMENT_TOKEN_TO_BE_REPLACED

He had been handed down a 20-month driving ban and an £86,000 fine after being involved in a car crash that March.

Ant has since stepped out with his former personal assistant Anne-Marie Corbett.

Speaking earlier this year, Ant credited his new relationship with helping him to change his life.