Here's where you can get the best carvery around Ireland...

The carvery dinner has long been a staple part of an Irish person’s diet; indeed, the thought of a meat and veg dinner of a Sunday afternoon has been known to motivate men and women across the country for the entire week.

A few weeks back, we brought you the list of nominees for the Unilever Great Carvery of the Year competition.

Now the winners of the competition have been announced for each province as well as the overall winner.

The best hotel carvery in Ireland is in Killyhevlin Lakeside Hotel in Fermanagh, while the best pub carvery you will find in the Emerald Isle can be found in Beaumont House in Dublin. 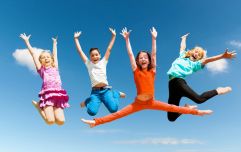 Style to science: there's something for everyone at Boyle Arts Festival 2019

END_OF_DOCUMENT_TOKEN_TO_BE_REPLACED


popular
Totally tropical baby names inspired by Hawaii
4 ways to fix hard slime with ingredients you probably already have at home
These 5 Foods Could Increase Your Chances of Having Twins
Born in 2020: The baby names experts predict will reign supreme in the new year
BREAKING: Schools are unlikely to open fully before St. Patrick's Day
'Soak it all in' – the words on enjoying time with your kids that will hit you hard
20 Unisex Irish Baby Names That Are Absolutely Magical

You may also like
1 month ago
Was your child born on this day? Ireland's top ten birth-days revealed
3 months ago
7 gazebos from €40 to €12,000 for your outdoors entertaining
5 months ago
Hobbits and hot tubs: My family's stay at Mayo Glamping
6 months ago
Minister O’Donovan announces free admission to visitor Heritage sites
6 months ago
This blogger has put together a list of Irish hotels that cater to large families
6 months ago
Five great reasons to head down to Limerick with the family this summer
Next Page