Let's all agree that bedtime can be a bit of hassle at times.

And when I say hassle, I meant battle, obvs.

However, tempted as we may be at times to just give up on the whole thing and just let them stay up until they conk out, research keep telling us there are huge benefits to keeping bedtime consistent – and some major drawbacks to just letting the kids stay up later some evenings.

According to a UK study, researchers looked at the bedtime habits of 10,000 kids when they were between 3 and 7 years old and found that kids with non-regular bedtimes had more behavioral difficulties than those with a predictable bedtime routine.

The study, which was published in 2013 in the journal Pediatrics, found that about 20 percent of parents said their 3-year-old did not have a consistent bedtime. The researchers found that kids who did not have a set bedtime scored higher when it comes to things like unhappiness, being inconsiderate and fighting. Those scores came not only from parent reports, but also from teachers of school-age kids, who rated the behavior of kids without regular bedtimes as more problematic.

Yvonne Kelly, the study's lead researcher, explains that putting kids to bed at 8 o'clock one night and 10 o'clock the next results in a kind of "social jet lag," even if they're getting the same hours of sleep

"Without ever getting on a plane, a child's bodily systems get shuffled through different time zones, and their circadian rhythms and hormonal systems take a hit as a result," Kelly explains in a 2017 article she authored for The Conversation. 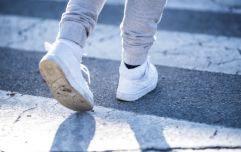 END_OF_DOCUMENT_TOKEN_TO_BE_REPLACED

In that article she explains that her team "did find an important piece of good news, too: those negative effects on behavior appeared to be reversible."

When kids in the study switched from having irregular bedtimes to having a regular bedtime there were measurable improvements in their behavior. "This shows that it's never too late to help children back onto a positive path, and a small change could make a big difference to how well they get on," she explains.

More worryingly, according to a follow-up study from 2017, researchers found that irregular bedtimes don't just impact behavior, but can also put kids at risk for obesity and low-self esteem, and tank their math scores. Regular bedtimes, on the other hand, can have a positive impact on a kid's development, health and behavior.

Now, if that's not a good reason to get the kids off to bed early tonight, we don't know what is!


popular
The Mrs Hinch approved hack that'll help you get rid of flies in your house
According to experts lunchboxes could be a big transmitter of Covid-19
Ronald McDonald House launch Barróg bunny to help raise much needed funds
Safety warning: Irish parents are being warned to stop using these high chairs
20 Unisex Irish Baby Names That Are Absolutely Magical
The common nappy mistake many of us make that could actually end up costing you a fortune
There's a reason why babies love to sleep with their bum in the air and it's adorable

You may also like
5 days ago
5 incredible things you can do with your breast milk (apart from feeding your baby)
1 week ago
These astonishing brain scans of toddlers show the impact love has on us
1 week ago
11 little habits to start now that will slowly change your life for the better
1 week ago
Eat your greens: 10 dishes with hidden veggies your kids will actually eat
1 week ago
Time for bed: A strict bedtime routine can protect kids from becoming overweight
1 week ago
Babies under six months should not have any water at all – one single sip could be harmful
Next Page