Being obsessed with superheroes might just really good for kids

My little boy is currently going through the superhero phase.

And when I say go through, I mean obsessed with superheroes to the extent he won't go into creche or even to Tesco without wearing a cape of some description.

Much to his sister's embarrassment (and my frustration, when he takes 40 minutes to find a particular mask or sword or shield in the morning when I am trying to get everyone out the door in time).

However, now some new research has shown that his superhero obsession could actually be all sorts of beneficial to him – at least when it comes to staying focused and performing tasks better.

Recently six US researchers designed an experiment to see what makes kids stay on task when presented with the very real-world temptation of an iPad. 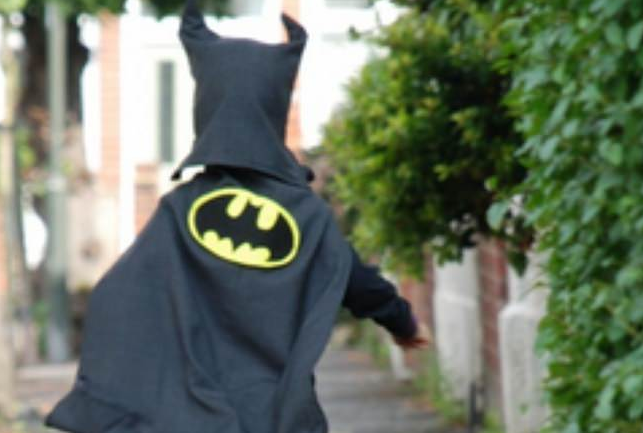 Researchers from the University of Minnesota recently tested four and six-years-olds by giving them a boring computer task and asking them to do it for 10 minutes. However, they also offered the kids an out: If they got bored, they could play a game on the iPad, located nearby in the testing room.

But they added a twist.

The 180 kids were assigned to one of three conditions: a control group, which asked the children to think about their thoughts and feelings as they went through the task and ask themselves “Am I working hard?”

The second group was asked to think of themselves in the third-person, for example (if the kid’s name is Hannah), “Is Hannah working hard?”

In the third condition, the kids were asked to think about someone else who is really good at working hard. They could pick from some well-known superhero types: Batman, Bob the Builder, Rapunzel, and Dora the Explorer. The kids got to dress up as the character they picked and then were asked, “Is Batman working hard?”

For 10 minutes the kids could move between the “work” and iPad. They were reminded every minute, through a loud speaker, of their “condition” (“Is Dora working hard?”). All the kids were told, “This is a very important activity and it would be helpful if you worked hard on this for as long as you could.” Perseverance was measured as time spent on the ‘work’ task.

Donning a cape and mask, the kids from the kids in the study were better at what psychologists call ‘self-distancing’. One reason the kids engaged in imaginary play had better focus might be that pretending to be another person allowed the greatest separation from the temptation. A second potential explanation is that the kids in costume identified with the powerful character traits of the superhero and wanted to imitate them. Whatever the cause, the superheroes showed more grit.

What this means, according to the researchers, is that the more the child could distance him or herself from the temptation, the better the focus.

“Children who were asked to reflect on the task as if they were another person were less likely to indulge in immediate gratification and more likely to work toward a relatively long-term goal,” the authors wrote in the study called “The “Batman Effect”: Improving Perseverance in Young Children,” published in Child Development.


popular
Brides-to-be! The €50 Zara dress that's perfect for day two of a summer wedding
I'll be tired in the morning, but as a mum I stay up late to get some time to myself
Meghan Markle and Prince Harry pictured together for the first time since stepping down from the royal family
The elegant and stylish €22 Penneys dress you won't want to miss out on
The floral River Island dress that will instantly update your wardrobe for spring
Parents build two tiny homes on their property for their teenagers to live in
Holly Willoughby just wore the cutest €40 dress from Marks and Spencer
You may also like
3 days ago
Researchers now believe there is a link between consuming processed food in pregnancy and autism
1 week ago
Growing up with a dog can have a hugely positive impact on your children's health and happiness
1 week ago
Have you tried it? Babywearing has a huge host of benefits for both you and baby
2 weeks ago
The HPV vaccine proves successful as UK HPV infection rates fall below 2 percent in 16-18-year-olds
2 weeks ago
The very scary reason why you should never prop a bottle up for your baby to drink it
2 weeks ago
Baby's first cold? 3 easy ways to help relieve their congested nose
Next Page